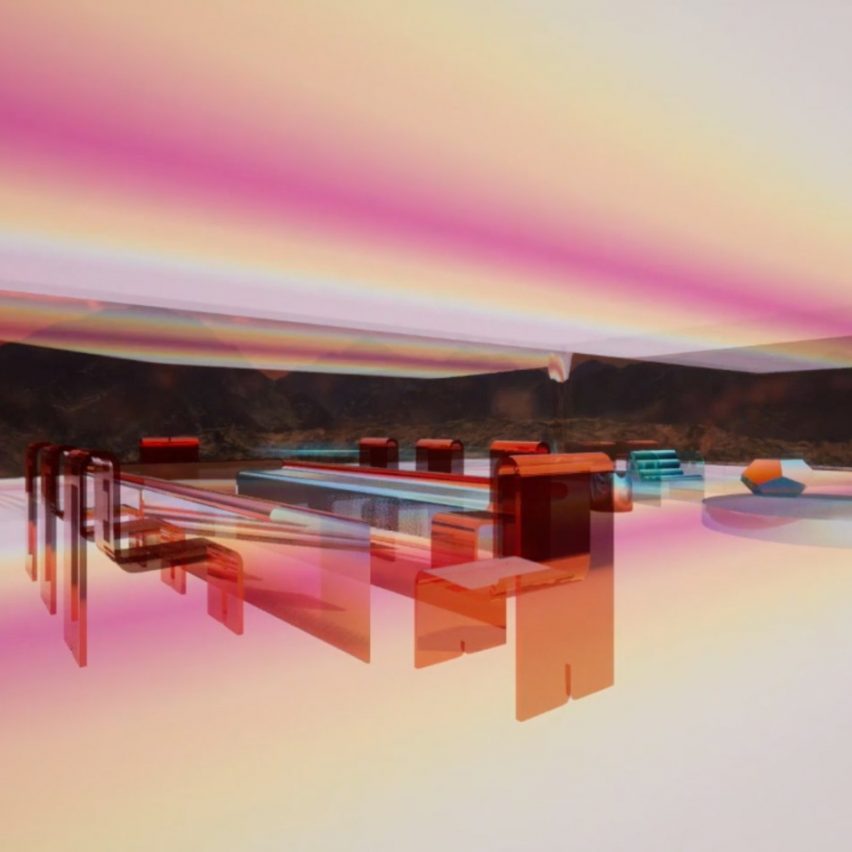 The artist and the visualiser who collaborated on the first NFT house are locked in a dispute over the copyright of the virtual property, which last week sold for $500,000.

Mars House is “the first NFT digital house in the world,” according to online art marketplace SuperRare, which sold the digital file.

But Argentine 3D-modeller Mateo Sanz Pedemonte, who created visualisations of Mars House for artist Krista Kim, claimed the project was “a fraud”.

“I am afraid to say that this project is a fraud,” Pedemonte told Dezeen.

“Krista Kim never owned this project fully,” he continued. “I have created the project with my own hands, combined with her direction. I do possess the full intellectual property.”

“Mars House is my art creation and my copyright”

However, Kim disputed his account. She confirmed to Dezeen that Pedemonte created visualisations for her but claimed that she retained full ownership of the project.

“Mars House is my art creation and my copyright,” Kim told Dezeen. “He does not need to be credited because I own the copyright.”

Kim told Dezeen that she contracted Pedemonte to work on the project through freelance marketplace Freelancer.com. She claims she did not agree to give the 3D visualiser any rights to the artwork.

“Mateo provided freelancer rendering service for which I own the copyright of Mars House,” she said. “He was properly compensated for his services.”

But in a comment on Dezeen’s story about the sale of the house, Pedemonte claimed he was “co-author of Mars House project”.

“I have created the project with my own hands, combined with her direction. I do possess the full intellectual property. This is going be processed legally,” Pedemonte’s comment continued.

“I have all the content in my PC and have produced all in Unreal Engine, with all recorded working sessions. I was discredited from this project.”

The transparent virtual home, which “can be built in real life by glass furniture-makers in Italy,” according to the artist, was created in 2020 using 3D rendering platform Unreal Engine.

It comes complete with a “calming musical accompaniment” by rock musician Jeff Schroeder of The Smashing Pumpkins.

On his Behance profile, Pedemonte describes the project as a “meditative house concept, surrounded with mountains and pure renovating energy”.

Earlier this month, the non-existent property was put on sale via SuperRare, with the virtual dwelling offered “for file upload to the owner’s Metaverse”.

A buyer called @artoninternet made a series of increasingly high bids in cryptocurrency Ether until an offer of 288 Ether, which equates to $512,000, was accepted last week.

The digital file of the house is verified by a non-fungible token (NFT), which acts as a digital certificate of ownership, allowing unique digital artworks to be bought and sold and collected.

NFT technology has come to prominence in recent weeks with several high-profile sales of NFT-backed artworks and designs.

Interest in NFTs exploded earlier this month when a record $69 million was paid for a jpeg by American artist Beeple.

The rapid rise of NFTs has led to concerns that transactions could be open to fraud as well as alarm over the high carbon emissions associated with the minting of the digital tokens.