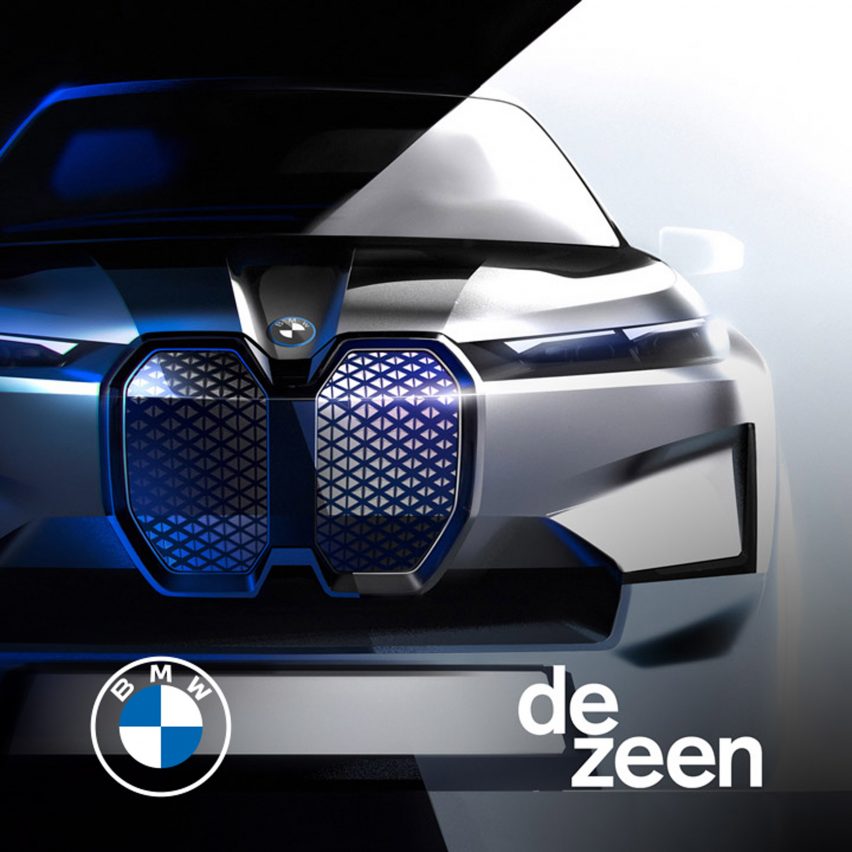 Dezeen teamed up with BMW for a live talk exploring its upcoming electric car, the BMW iX.

Dezeen’s editor-in-chief Marcus Fairs was joined by Domagoj Dukec, head of BMW Design, for the live interview, which explored the design strategy behind the new iX model.

Debuted as a concept in 2018 and due to launch later this year, the BMW iX is “the first in a new generation” of electric cars from the German automotive brand.

“The BMW iX heralds a new age in mobility and focuses on a fresh interpretation of design, sustainability, driving pleasure, versatility and luxury,” said the carmaker.

Described by the brand as being designed “from the inside out”, the BMW iX has been created to be technologically complex, but uncomplicated and user-friendly for the driver.

The car has a number of hidden technology features which the brand calls “shy tech”, such as BMW logos that double as lids for windscreen washer fluids and camera sensors.

The interior has been designed to create a comfortable, lounge-like environment with minimal use of buttons and a pared-back look, in order to shift the focus of the design to the customer’s experience.

The talk explored the design behind the new iX model as well as BMW’s design strategy and how it has evolved through the years.

Originally from Croatia, Dukec has worked for BMW for 11 years and became the head of BMW Design in 2019. He has previously worked for brands including Volkswagen and Citroën.

This talk was produced by Dezeen for BMW as part of a partnership. Find out more about Dezeen’s partnership content here.

The post Watch our talk with BMW about the new all-electric iX model appeared first on Dezeen.