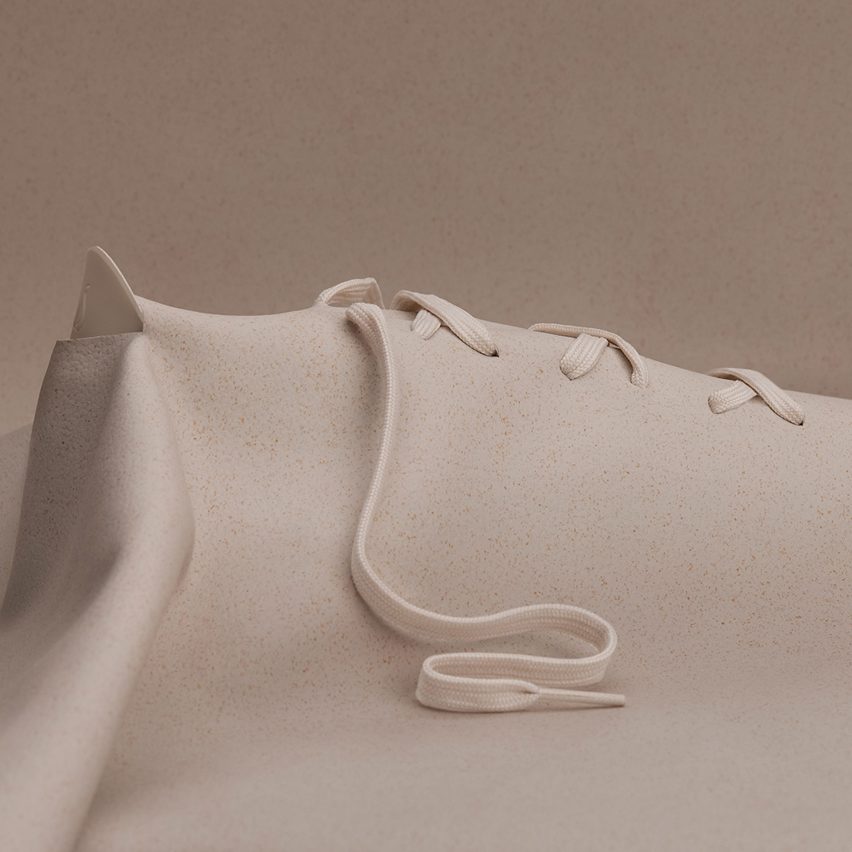 San Francisco-based footwear brand Allbirds is set to introduce what it claims is the first leather alternative entirely made from plant-based ingredients.

The brand says that the compostable material, called Plant Leather, has a carbon impact that is 40 times lower than animal leather and produces 17 times fewer carbon emissions than plastic-based synthetic leather.

The material contains natural rubber derived from the sap of the rubber tree as well as vegetable oil, citric acid and fillers like cork and rice husks plus natural pigments.

Originally developed by material innovations startup Natural Fiber Welding (NFW) under the name Mirum, the plant-based leather is now set to be turned into footwear that will hit shelves by December 2021.

Despite the rising number of leather-like products made from plants, NFW claims that rival materials often required plastic coatings or additives to ensure durability.

“Mirum is unique in that it is the only plant-based leather replacement on the market that does not contain any petrochemicals,” the company said.

It claims it is “the world’s first 100 per cent natural plant-based leather alternative”.

News of the partnership with NFW comes after Allbirds invested $2 million in the startup at the end of last year to help it ramp up production and reduce prices.

“Natural Fiber Welding is creating scalable, sustainable antidotes to leather and doing so with the potential for a game-changing 98 per cent reduction in carbon emissions,” said Allbirds co-founder Joey Zwillinger.

“Our partnership with NFW and [the] planned introduction of Plant Leather based on their technology is an exciting step on our journey to eradicate petroleum from the fashion industry.”

The material joins a growing number of plant-based leather alternatives. Among them are the Gucci and Adidas-backed mushroom leather Mylo and Piñatex, which is made from waste pineapple leaves and has previously been turned into Hugo Boss trainers.

But NFW claims that several of these alternatives include small amounts polyurethane (PU) film or plastic binder to guarantee their durability.

“Many of the other plant-based alternatives on the market are ‘petroleum enabled’ – meaning that in order to function in products, they must use synthetic binders and coatings,” the company stated.

A number of independent designers have experimented with plant-based leather substitutes that are made entirely without plastic, including Tjeerd Veenhoven’s Palm Leather and Don Kwaning’s Lino Leather, both of which were unveiled as early as 2018.

The latter even has a similar composition as NFW’s Plant Leather, consisting of a mixture of linseed oil and powdered cork applied to a cloth backing in the same process used to make linoleum flooring.

But Allbirds maintains that its version is the first that is scalable and affordable to mass produce, as it is made from readily-available materials like vegetable oil and rubber.

“Other nature-based ‘leathers’ are interesting boutique solutions, but they are too expensive and slow-growing to reach mass viability,” a representative for the company told Dezeen.

By the end of this year, NFW plans to open a large-scale factory to allow fashion, footwear and furniture brands to start placing wholesale orders.

Once it reaches the end of its life, Plant Leather can be ground up and recycled or placed in an industrial composter, where it would degrade in a matter of months.