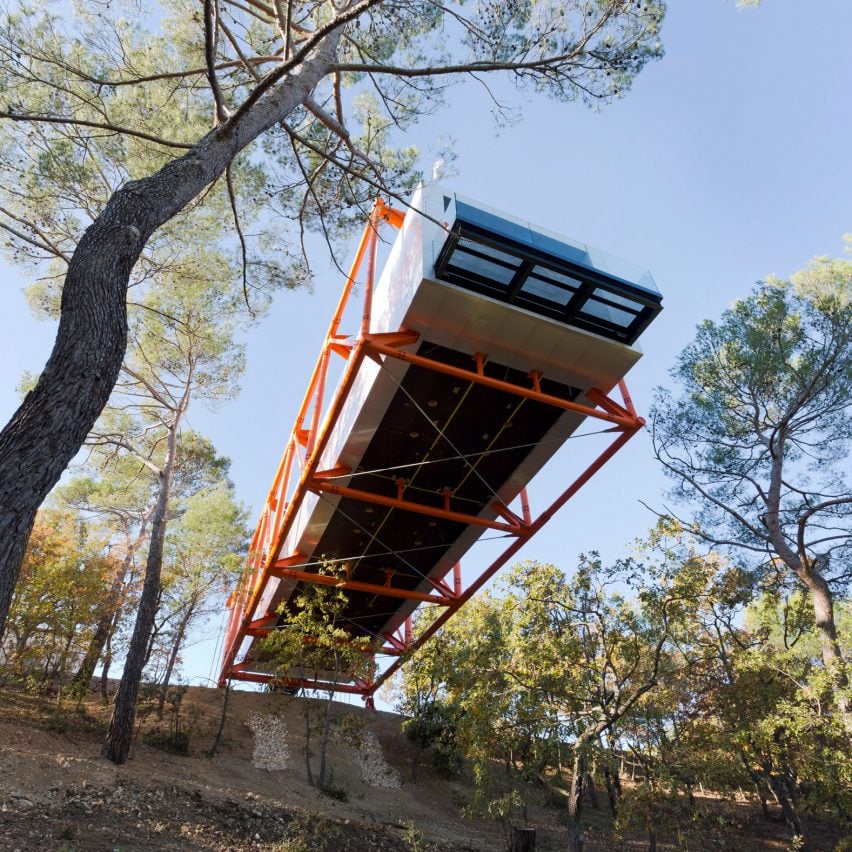 This week on Dezeen, high-tech architect Richard Rogers unveiled a cantilevered art gallery in France, which was the final building designed before his retirement.

Named The Richard Rogers Drawing Gallery, the building cantilevers 27 metres from a hillside at the Château La Coste vineyard in southern France.

It was Pritzker Prize-winning architect Rogers‘ last work created before his retirement from Rogers Stirk Harbour + Partners (RSHP) – the studio he led for over 40 years.

The studio’s nearby Via 57 West 2006 “courtscraper” was included in USModernist director George Smart’s ten favourite modernist buildings in North America.

In London, MVRDV revealed visuals of a viewpoint on top of an artificial hill, which is set to be built next to Marble Arch. The central London attraction has been designed to attract people back to Oxford Street following the pandemic.

Also in the city, plans to recreate the success of the New York High Line advanced as its designer won a competition to convert a kilometre-long section of disused railway into the Camden Highline.

We also learnt that Dezeen ranked last in a survey of websites’ carbon emissions leading Dezeen’s founder and editor-in-chief Marcus Fairs to say we are determined to improve.

“The carbon footprint of our website will no longer be pushed to the back of our minds,” he wrote in an opinion column.

Popular projects this week included a 1970s bungalow in Birmingham that was transformed into a bright and spacious home, an extension to a lakeside dwelling in Quebec and a house on the island of Serifos that is partially submerged into a rocky hillside.

This week’s lookbook focused on designer bathrooms with freestanding baths.