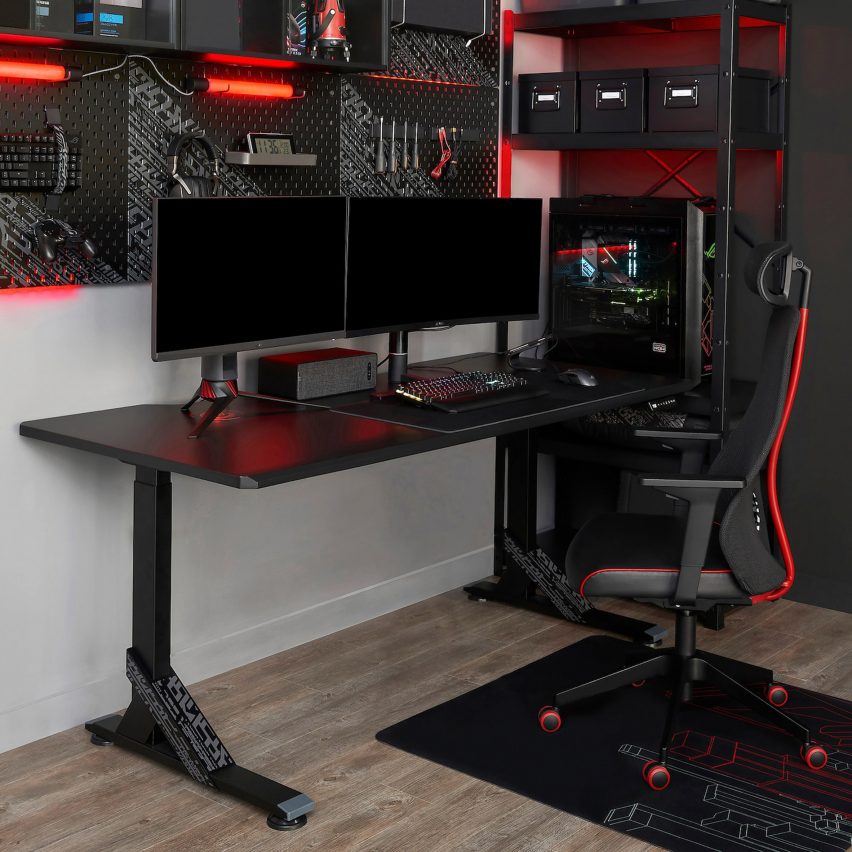 This week on Dezeen, IKEA launched its first line of furniture for PC gaming and we created a guide to wood in architecture, interiors and design.

“The needs of billions of gamers around the globe are very diverse, whereas the existing offer is rather technical and often perceived as masculine design-wise, despite around 46 per cent of gamers being female,” said Ewa Rychert, global business leader of workspace at IKEA.

A largely digital version of Stockholm Design Week took place this week, which was visited by a hologram version of British designer Tom Dixon.

We rounded up 10 of the best projects from the show’s Greenhouse showcase of emerging talent, while its Misschiefs exhibition presents “a more punk side of Swedish design”.

In New York residents of the supertall skyscraper 432 Park Avenue, designed by Rafael Viñoly, reported numerous issues including flooding and being trapped in lifts.

Also in the city, architecture studio Skidmore Owings and Merrill unveiled its plans to build a supertall skyscraper on the site of Donald Trump’s old Grand Hyatt hotel.

Zaha Hadid Architects is designing an exhibition centre in Beijing that has a roofscape that takes cues from tiled roofs in traditional Chinese architecture. And Foster + Partners revealed images of a resort that will be built on a Saudi Arabian island within the Red Sea.

As the impact of Brexit continues to be felt in the UK, designers told Dezeen that “everything has become an admin nightmare” with companies abandoning exports and setting up offices in the European Union (EU) to avoid losing clients.

Also as a “direct response” to the UK leaving the EU, architecture studio Rogers Stirk Harbour + Partners announced its decision to set up an office in Paris.

Dezeen created a guide to wood for those thinking of using the material in architecture, interior or design projects.

The guide explains 15 of the most popular types of wood and wood products and has links to hundreds of examples for inspiration.

Popular projects this week included a house clad in charred pine on the coast of Chile, a house in India with an egg-shaped garden temple and a steel cabin in Lithuania.

This week’s lookbook focused on cosy living rooms that place the fireplace at the heart of the room.

The post This week IKEA released its first range of home furniture for gamers appeared first on Dezeen.