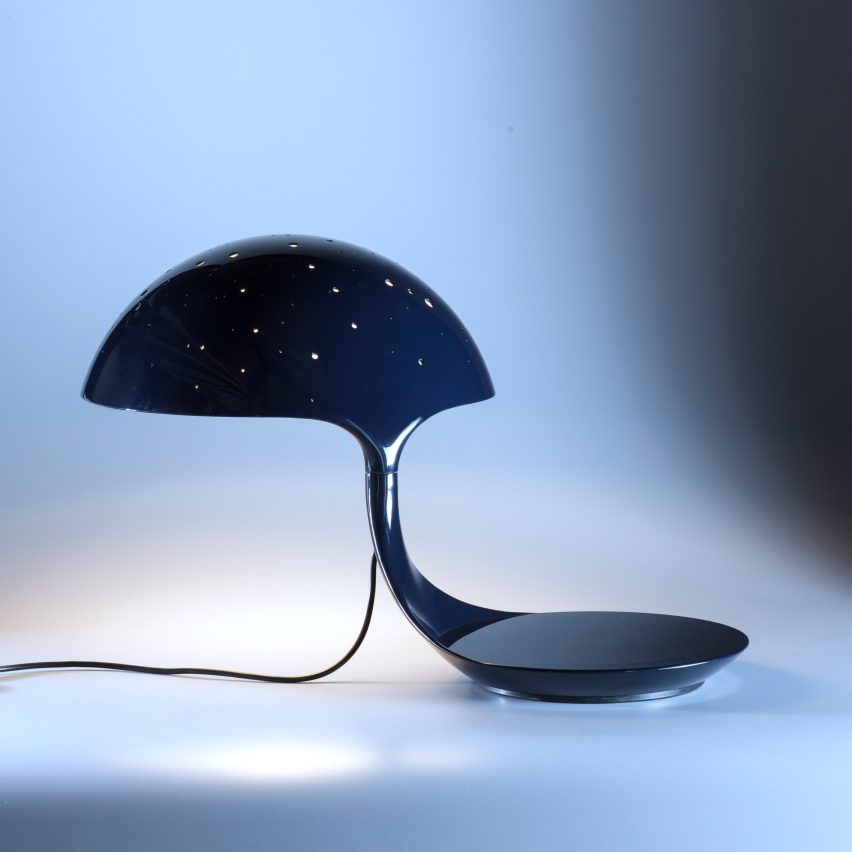 Dezeen Showroom: Italian lighting brand Martinelli Luce has released Cobra Scorpius, a star-strewn, updated version of its Cobra table lamp that was designed by the brand’s founder Elio Martinelli in 1968.

Simple lines and a circular geometric shape characterise the Cobra, which was one of the first lighting fixtures to be produced using a special resin moulding system.

Described by Martinelli Luce as “a cosmic Cobra! Scorpio crossed by the Milky Way,” this version of the light features small openings that appear like a galaxy of stars strewn across its top.

The lower part of the Cobra is connected to the upper by a steel base that can be rotated 360 degrees. This rotation means the upper part of the body moves away from the lower, like a cobra ready to strike, and is what gave the lamp its name.

The Cobra Scorpius is made in a dark-blue resin with an interior reflector made from white-painted aluminium.

This latest version of Elio Martinelli’s original light was designed by Emiliana Martinelli, who is head of the company today.