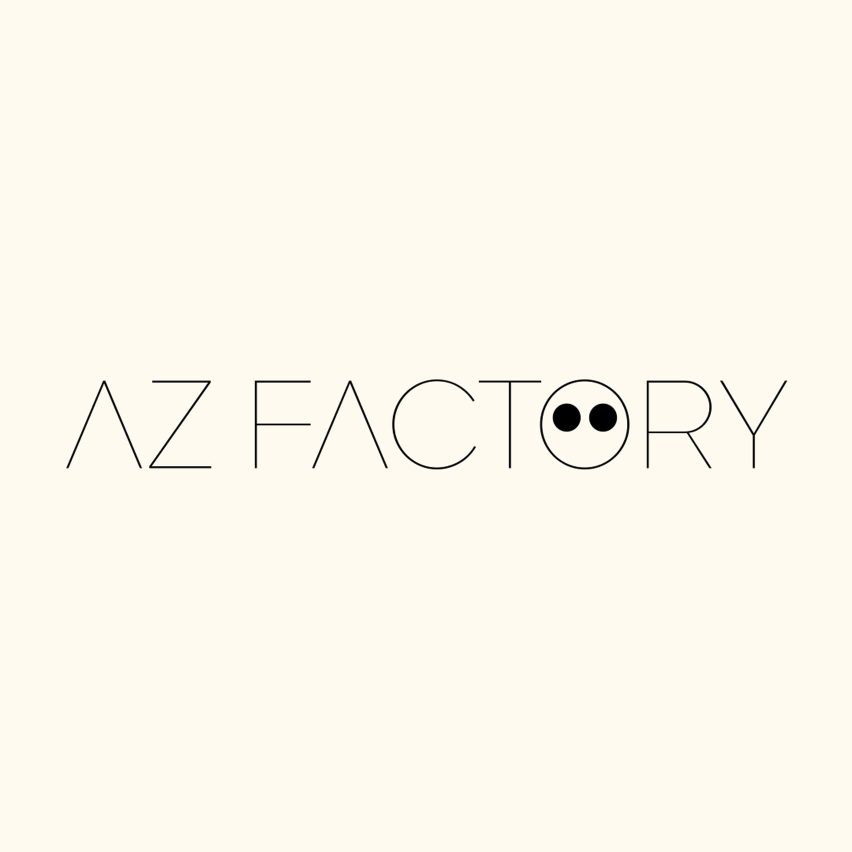 The London-based studio designed the visual and brand identity, which uses the Shard Sans Thin font and includes a round face with large eyes, to represent the AZ Factory brand. It also created a custom AZ logo for the label, as well as its packaging.

According to studio founder Micha Weidmann, the idea was to use two dots for the logo to play on Elbaz’s eyes – the former Lanvin designer is known for wearing round, oversized glasses.

White serves as a backdrop to frame the simple but playful identity, which appears across all of AZ Factory’s channels.

“Once the initial ideas were created we refined the designs in a sort of workshops style between the two of us,” said Weidmann.

“He [Elbaz] is very focused in what he wants to achieve and he has the ideas and courage to create something different. This was essential to create a designer brand which is unique in its field.”

The studio also designed the packaging for the brand, which features the same identity with added embossed elements to illustrate the face motif.

Weidmann further captured the whimsy Elbaz is renowned for by abstractly reflecting his signature style through ribbons dressed as bow ties on the packaging, paired with the large-eyed face motif that mimics the designer’s wide rim glasses.

“Alber and I then went on a creative exploration tour and expanded the idea further, to many other applications such as pins, buttons, tissue paper patterns and much more to come,” Weidmann added.

“This was a unique start-up project where we had the benefit of working with people who have an in-depth understanding of what it takes to create something different.”

AZ Factory was first announced on Instagram in November 2020, where the brand identity was brought to life through winking gifs and animations.

The venture marks Elbaz’s return to the fashion landscape after leaving Lanvin in 2015, where he served as creative director for 14 years.

“We are still creating it as it has only launched this week,” Weidmann said of the identity for the new label.

“I’m quite curious to see how it will grow and move on with its own approach for a fashion brand.”

Micha Weidmann Studio was founded in 2001 and specialises in art direction, graphic design and typography.

The studio developed and subsequently updated Dezeen’s logo and site-wide identity and also created the visual identity for the Dezeen awards in 2018.

Photography is by Tom Mannion.

Sneature is a compostable trainer made from 3D-knitted dog hair