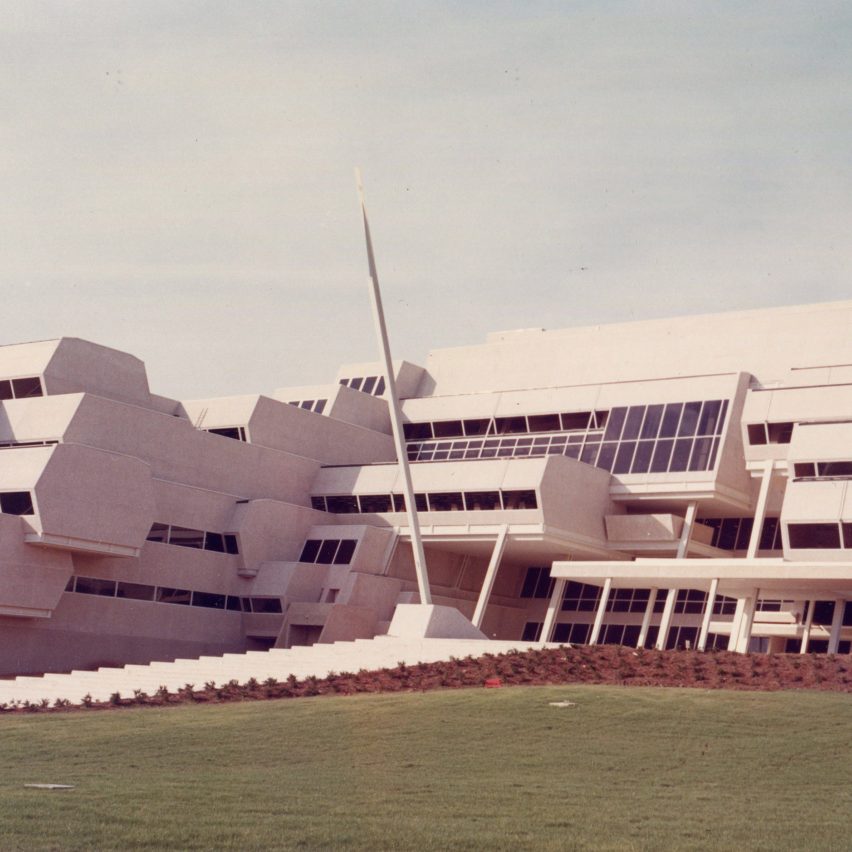 In this week’s comments update, readers are divided over the demolition of Paul Rudolph’s brutalist Burroughs Wellcome building in North Carolina and sharing their views on other top stories.

Photographs have surfaced showing the Rudolph’s 1969 headquarters for healthcare firm the Burroughs Wellcome Company being demolished, despite attempts to protest the destruction of the brutalist landmark.

The former medical facility is where AZT, the first antiretroviral drug approved to treat patients with HIV, was developed.

AIDS activists famously broke into and occupied the building in 1989 to protest the company’s price gouging of the lifesaving medicine.

Readers are torn. “Terrible loss,” said Puzzello. “Ironically, one would think that brutalism’s main material, concrete, would be too permanent a material to demolish, but here we are losing another one.”

Benny agreed: “I sincerely hope that there was an extensive amount of rectified documentary photography done prior to the swinging of the wrecking ball. That sectional picture is great. Sad news.”

“I would say good riddance to this eyesore,” continued Marc Sicard in contrast. “But I don’t know what will replace it, so I’ll wait.”

“It’s the right decision to get rid of it,” concluded JB. “Good riddance.”

Should the Burroughs Wellcome building be demolished? Join the discussion ›

Commenters can’t comprehend that a building designed by Italian architect Fabio Novembre for a man-made island in Abu Dhabi is just one home. Its entrance is shielded by an artificial waterfall.

“That’s a single house?” asked Alfred Hitchcock. “It looks like a public building designed during the 1930s or 50s.”

Aerogenous agreed: “Looks like a conference centre, not a home. Exterior glasswork and doors look like you are entering a hotel.”

Would you want to live in this private house? Join the discussion ›

Readers are debating news that the high-tech Centre Pompidou in Paris, which was designed by Renzo Piano and Richard Rogers, will be closed from 2023 to undergo major renovations.

“It’s the Centre Pompidou, they should take as long as they need,” said Ruth. “Just make sure they do it well.”

JB agreed: “These delicate relics need pampering. If it must close for four years or 40, then so be it.”

“It’ll take longer to fix it than it took to build it… and probably more costly as well even factoring in inflation,” replied Jack Woodburn on the other hand. “Sometimes it’s better to start over in my opinion as a taxpayer.”

Is the Centre Pompidou closing for too long? Join the discussion ›

Commenters are discussing Weston Williamson + Partners’ design for a series of green public spaces. They will be landscaped around the Water Orton viaducts in Warwickshire for the High Speed Two railway.

“‘Low visual impact’ – are they serious, or just blind?” asked Alfred Hitchcock. “Also, if they think a ‘community led orchard’ somehow negates the impact of these huge, monolithic, mass concrete monsters on the landscape and local communities, they are simply fooling themselves.”

“On a positive note, maybe the locals can go and pick their own apples in the Fall,” replied Apsco Radiales. “Make some apple pie!”

“British engineers have such a long and glorious legacy of brilliant bridge and trestle design,” added Chris Becket. “I can only ask why is such an inheritance being ignored? Talk about being unworthy of one’s gifts.”

What do you think of the HS2 green spaces? Join the discussion ›

Designers make desktop computers and mice out of honey and ice