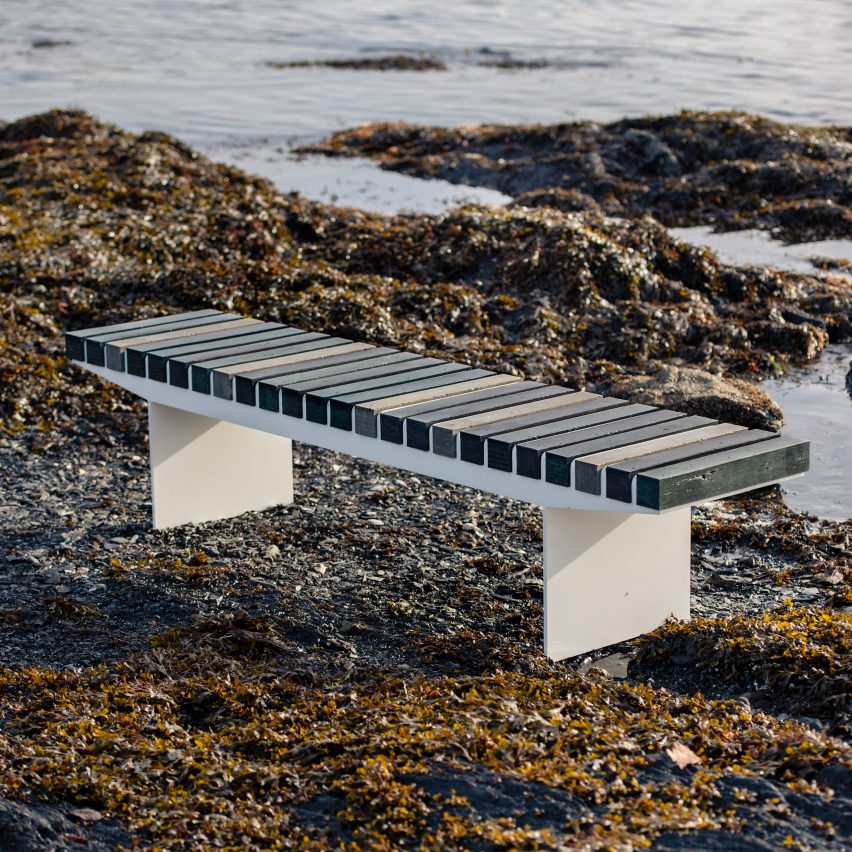 Dezeen Showroom: Urban furniture brand Vestre has developed what it calls “the world’s first bench made from ownerless marine plastic”.

The Coast bench is the product of a collaboration with environmental initiative Ogoori and made using waste plastic that was collected from Norway’s beaches and waterways by volunteers.

This is recycled and amalgamated to form seat panels in different shades of blue, which are set atop a sleek steel frame.

“The form was kept as simple as possible so as not to draw focus away from the marine plastics,” said Vestre designer Allan Hagerup.

In a nod to the material’s former life, Hagerup designed the seat to be slightly convex like the hull of a boat.

The bench was built to withstand marine conditions, so that it can once again be placed near the sea, as a visual representation of the closed-loop system through which it was created.

“Coast is designed to be placed on a pier in a port area or on a rock in an archipelago so that you can sit on the bench and look out over the ocean,” said Hagerup.

Currently, the design exists only as a prototype but Vestre is hoping to launch the bench as a limited edition later this year following a series of tests to assess the material’s toxicity and whether it degrades under UV exposure.

Due to the variable quality of the recycled plastic, the slats will need to be regularly replaced as they wear down in the outdoor environment.

“The frame is therefore designed in such a way that it is easy to replace the plastic parts when needed,” said the designer. “Naturally, the used plastic will be recycled again and transformed into new products.”

The post Coast bench by Allan Hagerup for Vestre appeared first on Dezeen.