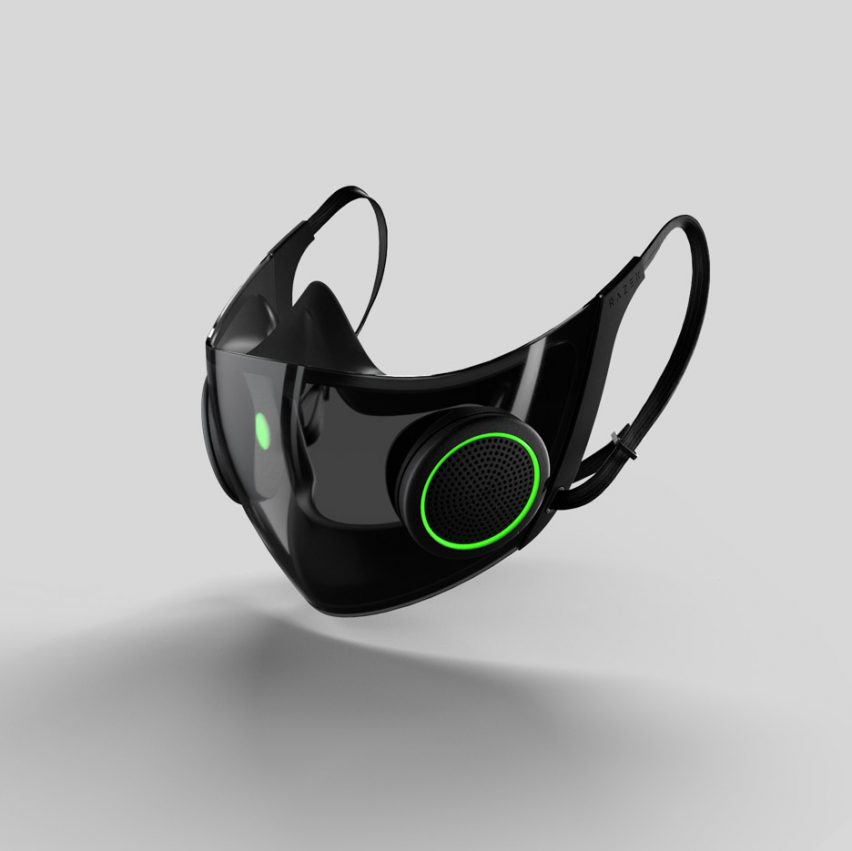 Technology company Razer has developed a conceptual design for a clear plastic face mask with lights and a built-in sound system to improve social interaction during the pandemic.

Called Project Hazel, the mask would be transparent in order to allow the wearer to use gestures such as smiling while speaking.

Razer unveiled the design at CES 2021, which is normally held in Las Vegas but was held online this year due to coronavirus.

The clear material used around the mouth of the Project Hazel mask would also allow people who are hard of hearing to lip read during a conversation.

Built-in lights would turn on automatically in low light conditions, to keep this function working in the dark, and the lights could also be customised to display different colours and effects for fun.

Medical staff have noted that standard face masks can pose difficulties for patients and carers with hearing loss who rely on lip-reading. They can also make communication harder and more anxiety-inducing for people with autism or learning difficulties.

Masks can also muffle people’s speech, but raising your voice projects more potentially-infectious droplets into the air around you.

To combat this, Razer’s Project Hazel would have a system of microphones and amplifiers that would transmit the wearer’s voice, so their speech would be audible while maintaining safe social distancing.

The company said they have already applied for a patent for this Razer VoiceAmp Technology.

“Razer acknowledges the uncertainty in the road ahead, and so it was our duty to help protect our community members and prepare them from invisible threats,” said Razer co-founder and CEO Min-Liang Tan.

“The Project Hazel smart mask concept is intended to be functional, yet comfortable and useful for interacting with the world while maintaining a sociable aesthetic.”

Project Hazel would also include ventilator pods to regulate airflow and filter airborne particles, which Razer said could give the masks “N95 medical-grade respirator protection”.

These detachable pods could be sanitised by being placed inside the mask’s wireless charging box, which would have disinfecting UV lights.

A layer of silicon and adjustable ear loops would keep the mask flush to the wearer’s skin, creating an effective seal.