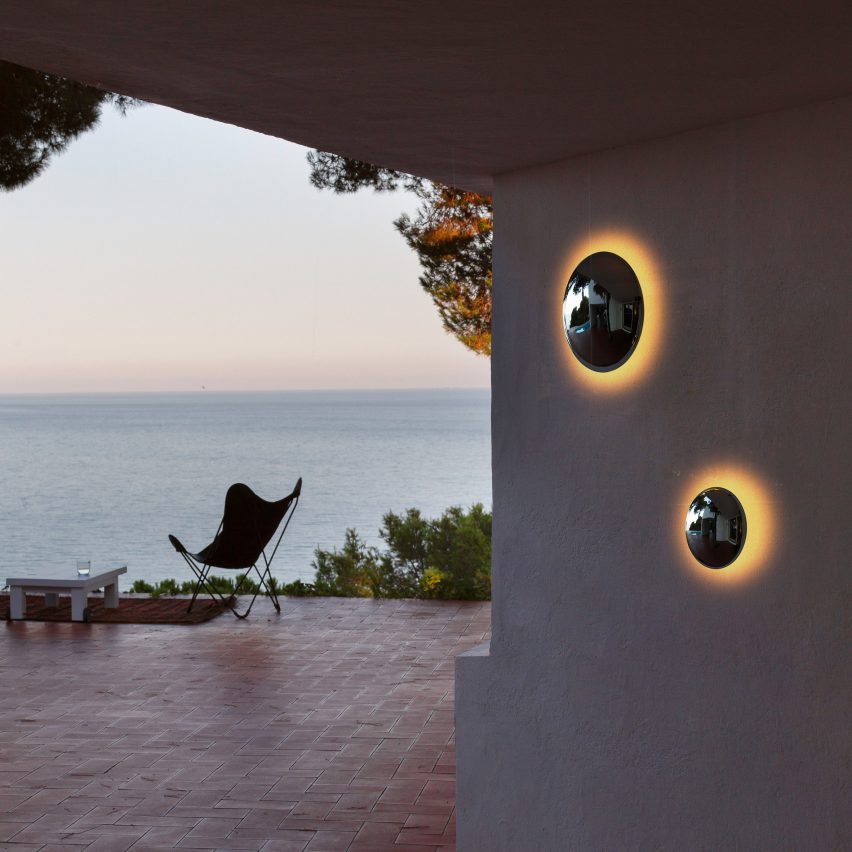 Dezeen Showroom: Babila is an outdoor lamp and mirror hybrid that was originally created by architect Marco Zanuso Jr. for his own studio and is now being released by Barcelona lighting brand Marset.

Zanuso Jr. designed the Babila lamp as an “object of light” for both the internal and external areas of his practice in Milan.

The outdoor sconce is made from chrome-plated aluminium and also function as a mirror.

“The initial idea was to create an object that produces a pleasant indirect light and can reflect the changing sunlight during the day – the passage of clouds and nature – and at the same time emit artificial light when the natural light is gone,” Zanuso Jr. explained.

The Babila light is now produced by Marset and described by the brand as a beautiful, attention-drawing object, rather than simply an architectural element.

The product is available in two sizes and three colours: a shiny chrome version as well as more muted ones varnished in brown and white.

“Outdoor light should always be combined with natural light, this mix is very important and often not considered enough,” he explained.