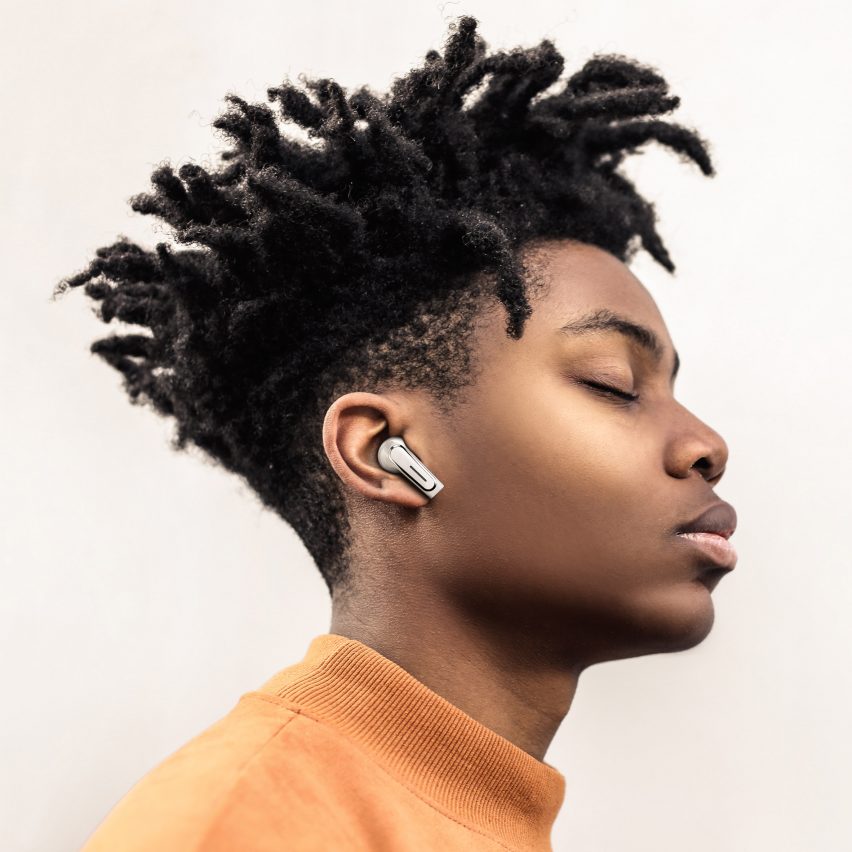 Dezeen promotion: Olive Union has launched a range of earbuds called Olive Pro that function as both hearing aids and wireless headphones.

Olive Union‘s use of AI means that the product can automatically cancel out background noise and amplify human voices – whether that be in real life, on a phone call or while watching television.

While in music mode, this also helps to create highly immersive listening experiences.

Olive Pro was developed by Japanese brand Olive Union as a contemporary yet affordable hearing aid that is both accessible and appealing to all.

According to the brand, this is because “only 20 per cent of those with hearing loss seek hearing help” due to economic barriers and stigma.

“Everyone takes a different road to healthy hearing, but no matter the journey, today’s hearing aids industry has placed unnecessary business-driven roadblocks along the way,” said Owen Song, the founder of Olive Union.

“When my uncle first needed hearing assistance, everything from design and pricing to technology and maintenance turned him away. Our third-generation Olive Pro was built for him and the 466-million people globally, suffering from some level of hearing loss.”

To maximise Olive Pro’s accessibility, the product is designed to be “as easy as possible” to use and can be calibrated without audiologists.

This is made possible with the Olive Union app, which links to the earbuds and allows users to adjust the product’s output to suit their hearing.

The calibration process takes approximately five minutes and can be done from home, negating the need for external audiologist appointments. If a person’s hearing changes, a simple recalibration process can then be conducted by the user via the same app.

Once tailored to their user, the Olive Pro earbuds can be used both indoors and outdoors, with battery life longer than 18 hours. They can be recharged using an accompanying white case, and retail for $199 (approximately £145).

Olive Union was founded by Song in Tokyo in 2016 with the goal of removing “the stigma associated with impaired hearing with well-designed, functional and affordable hearables”.

To find out more about Olive Pro and Olive Union, visit the company’s Indiegogo page.