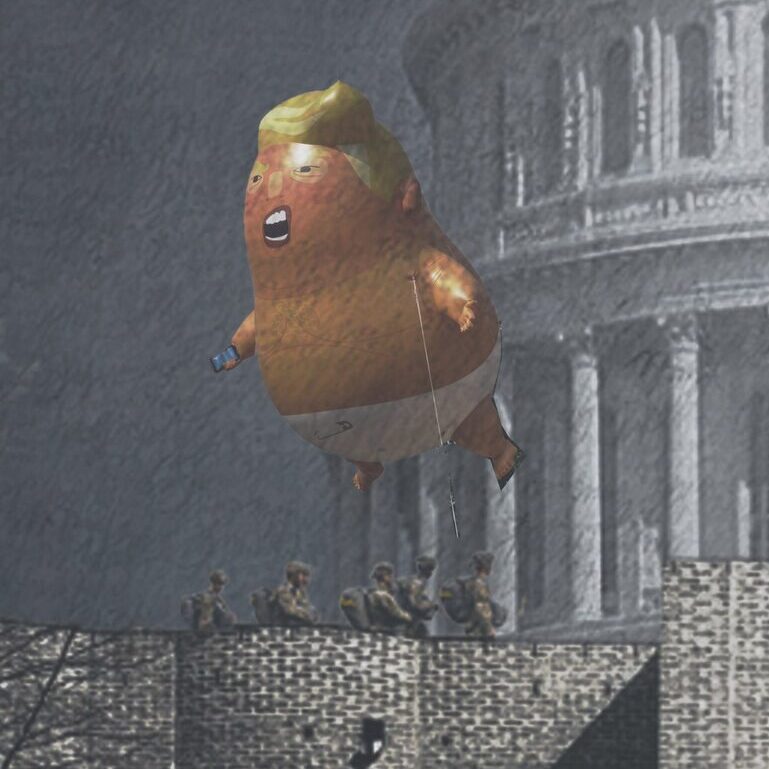 In this week’s comments update, readers are discussing fortifying the US Capitol building and sharing their views on other top stories.

Architecture studio Opposite Office has caused controversy by envisioning fortifying the US Capitol building in Washington DC.

Named Capitol Castle, the concept was created in reaction to the invasion of the building by Donald Trump supporters last week.

“During his reign, Trump undermined the democratic system from within,” said Opposite Office founder Benedikt Hartl. “To give expression to this drama, we remodelled the Capitol and built a fortress around it.”

“A Trump wall that would finally make sense”

Readers are undecided. “A fortress around the Capitol is the exact opposite of democracy,” said S.P. “Terrible idea.”

Alfred Hitchcock agreed: “Ironic? If so, it’s really unfunny. Five people needlessly died there last week. It’s just self-promotional idiocy. It will probably have the opposite effect and create a backlash.”

“I don’t see any devices or where-with-all to dump hot boiling oil on the revolting peasants!” joked Apsco Radiales. “The architect must have failed European Medieval History class.”

What do you think of the concept? Join the discussion ›

“The new logo is the same old logo” says commenter

Readers are divided over the revamp of fast-food restaurant Burger King’s branding. The American eatery’s logo, packaging and uniforms have been updated for the first time in 20 years by creative agency Jones Knowles Ritchie.

“I like the new look,” replied Puzzello. “I’m old enough to remember the change to the blue arc and thought it didn’t make sense. I’d like to see more on the minimalistic restaurant prototype, but I’m not offended so far.”

What do you think of the new visual identity? Join the discussion ›

Architect Liam Young has sparked debate by suggesting that the entire population of Earth live in a hyper-dense, sustainable city in order to free the rest of the world for rewilding.

Ralph Kent agreed: “The world’s entire human population crammed on top of one another within a single megalopolis you say? I’ve just checked with 2020 and it’s confirmed that it can’t think of any possible issues with this idea whatsoever… “

“It does make the point that humans are the ultimate virus threatening mother nature,” replied Kevin McGrath, on the other hand. “Very thought provoking, well done.”

Do you agree with Young? Join the discussion ›

“You end up with what you vote for” says commenter

The Royal Institute of British Architects has expressed disappointment that architects with qualifications gained in the UK will not automatically be able to practice in many European countries following Brexit. Commenters are torn.

Seb H was less sympathetic: “You end up with what you (the majority) vote for. Learn to get on with it!”

“Having to retake the certifications in an EU member state would help with integration into a European country,” added Endorendil.”And help architects understand European sensibilities and design.”

Should UK-trained architects automatically be allowed to practice in Europe? Join the discussion ›

Main image is by Anthony Coleman.

The post "A fortress around the Capitol is the exact opposite of democracy" says commenter appeared first on Dezeen.