This week we looked forward to architecture in 2021 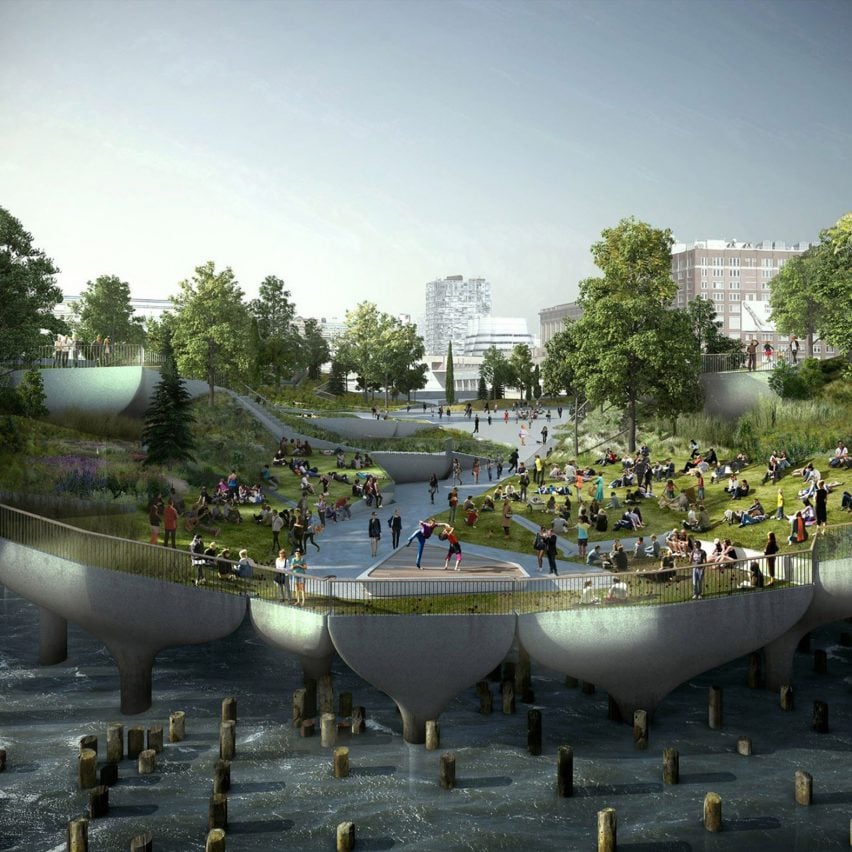 This week on Dezeen, we looked ahead to the architecture we will be talking about over the next year as we rounded up 12 buildings to look forward to in 2021.

Some of the most interesting architecture projects that are slated for completion over the next 12 months include a coastal library by MAD, a memorial in Niger by Adjaye Associates and an artificial island by Heatherwick Studio (pictured above).

In architecture news, the Indian Institute of Management Ahmedabad abandoned its plans to demolish a series of dormitory buildings at its Louis Kahn-designed campus following an international outcry.

Following the news, architectural photographer Edmund Sumner shared a set of images of the campus and recalled several visits that he made to the campus to document it.

In New York, an expansion of Penn Station designed by architecture studio SOM opened to the public. Built within the Beaux-Arts James A Farley Post Office, the Daniel Patrick Moynihan Train Hall was designed to recall the majesty of the original station building, which was demolished in 1963.

“We’ve designed a place that evokes the majesty of the original Penn Station, all while serving as a practical solution to the issues that commuters in, to and from New York have endured for too long,” explained SOM partner Colin Koop.

Two organisations with similar names unveiled new identities this week. America’s Central Intelligence Agency revealed a redesigned website complete with an abstract logo, which it refused to disclose the designer of.

Meanwhile, South Korean car manufacturer Kia unveiled a new logo that is designed to appear like a handwritten signature.

Popular projects on Dezeen this week include a cosy woodland cabin in Finland made from cross-laminated timber, a tall and slim wooden house named Zieglers Nest overlooking the city of Molde in Norway and a Corten steel-clad house built behind an existing brick wall in England.

The post This week we looked forward to architecture in 2021 appeared first on Dezeen.