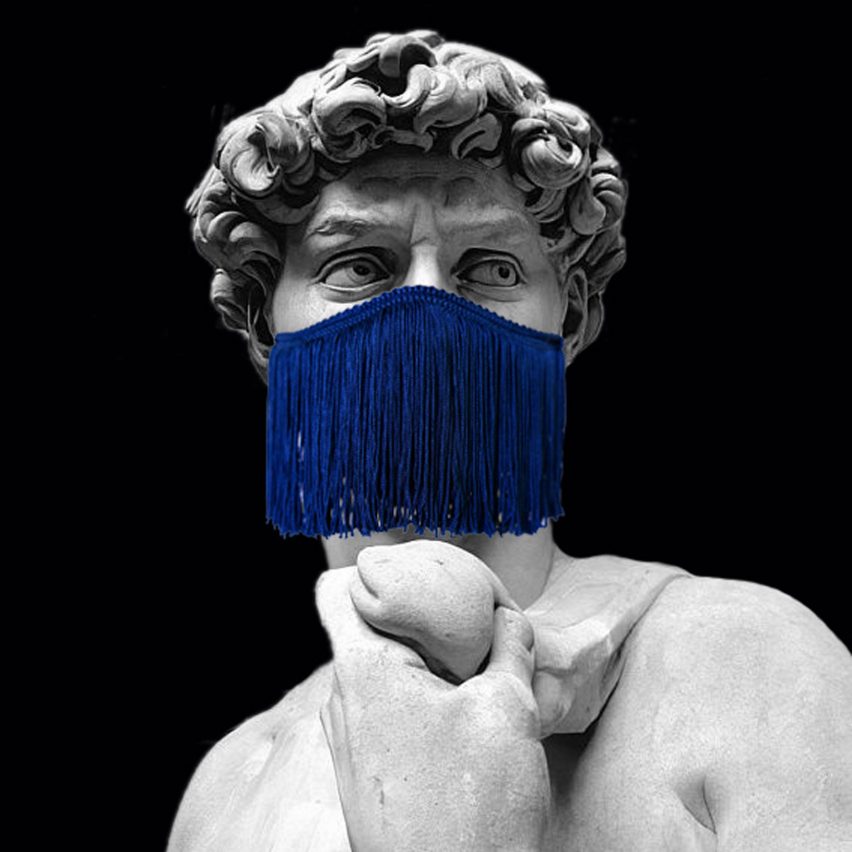 At the end of one of the most disruptive years in recent history, Dezeen takes a look at the design and technology trends that came out of it for our 2020 review, including face masks, DIY healthcare products and virtual fashion design. 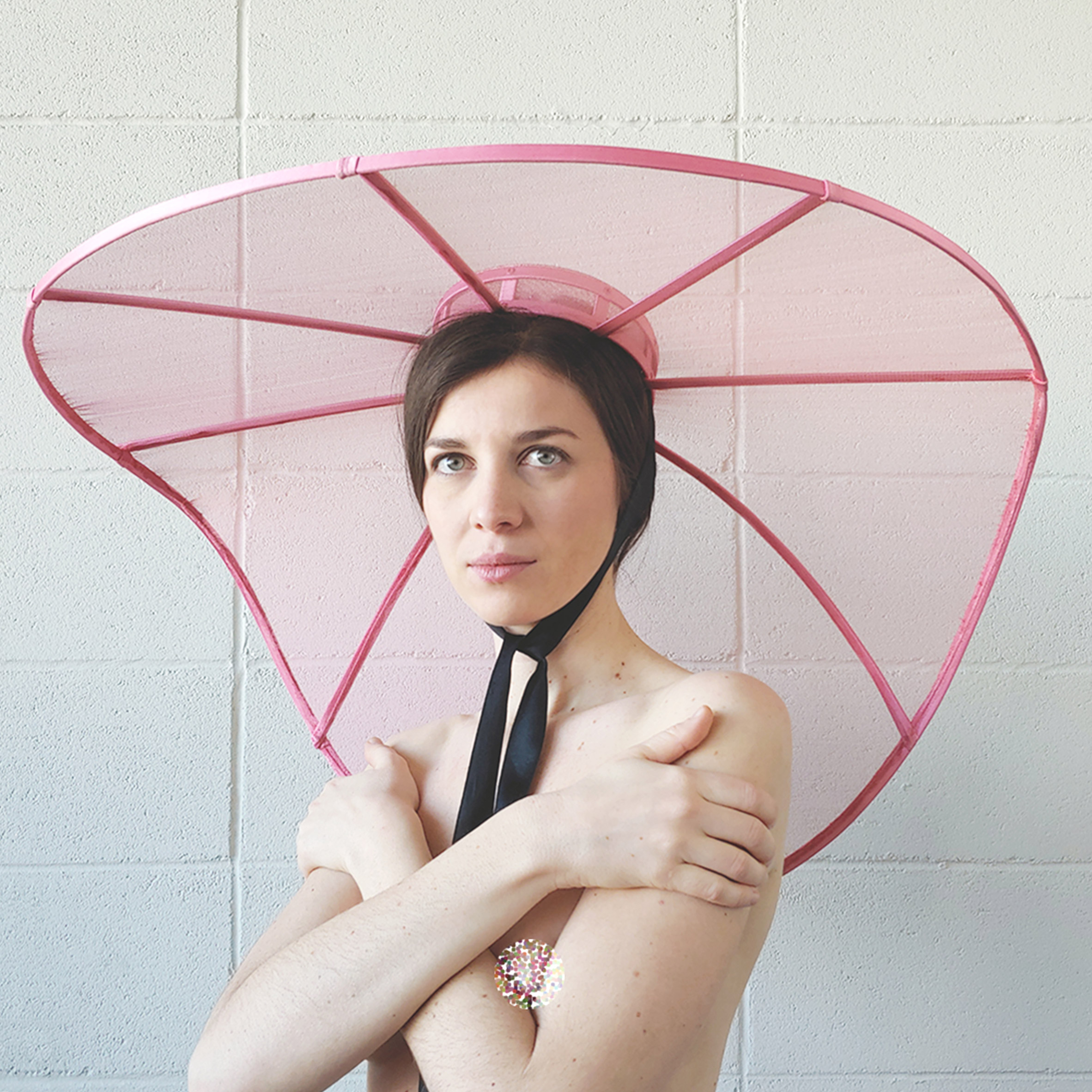 Designers all over the world responded to the coronavirus pandemic. As the crisis affected all areas of design, from fashion to product and transport design, the need for social distancing resulted in numerous creative solutions.

Veronica Toppino created large hats from aluminium structures to help people feel shielded and Livable made a rattan frame to be worn over the body to increase awareness of social distancing.

Transport was hugely affected by the virus, which led designers Arturo Tedeschi and Ponti Design Studio to redesign and adapt trams for Covid-19. 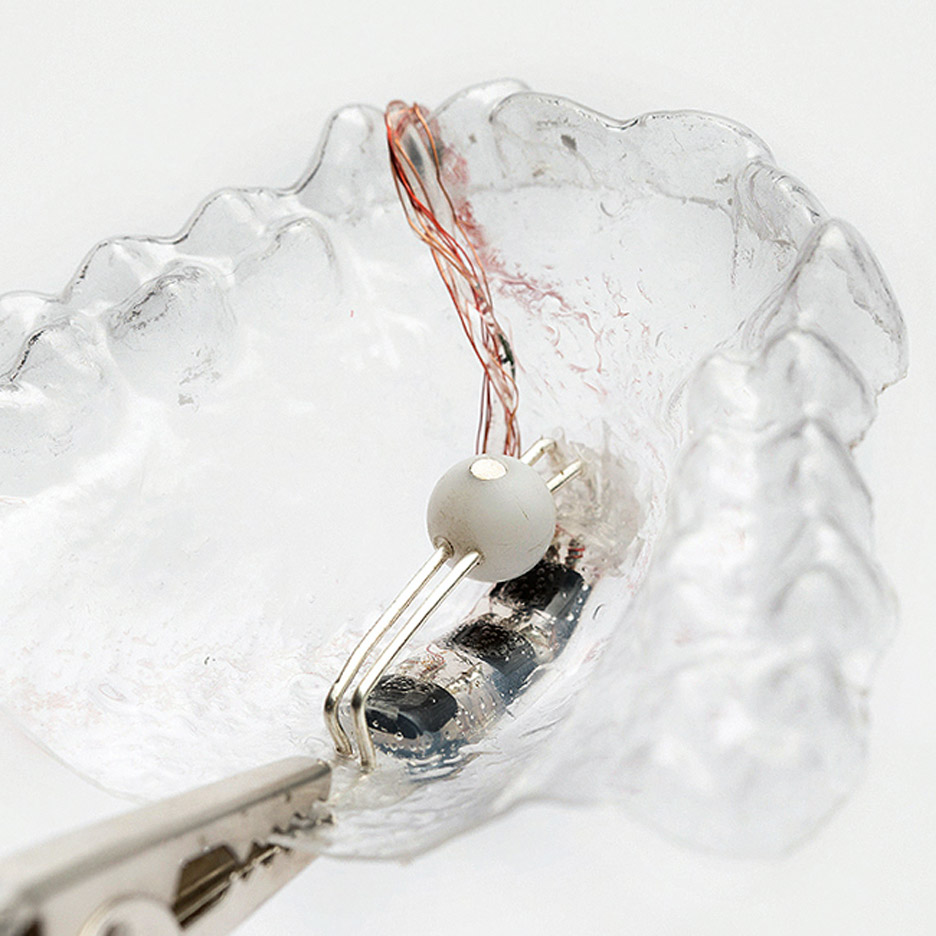 A number of designers explored sensory technology controlled by the mouth, with projects that aimed to help protect people’s digital information and aid users with disabilities.

Homei Miyashita created the Norimaki Synthesizer, a lickable device that features five gel nodules made of dissolved electrolytes. These replicate five different food tastes without the user having to ingest something, and Miyashita believes it could create “a new medium” for multimedia experiences.

Stealth is an identification gadget that lets users access digital information via a dental-retainer-like device that verifies their identity using mouth biometrics. Worn inside the mouth, it recognises the unique ridges located on the wearer’s palate.

Another mouth-operated device is Tong, which was designed by Dorothee Clasen and is placed inside the mouth to operate a computer using the tongue. The designer suggested it could be useful for people with certain disabilities. 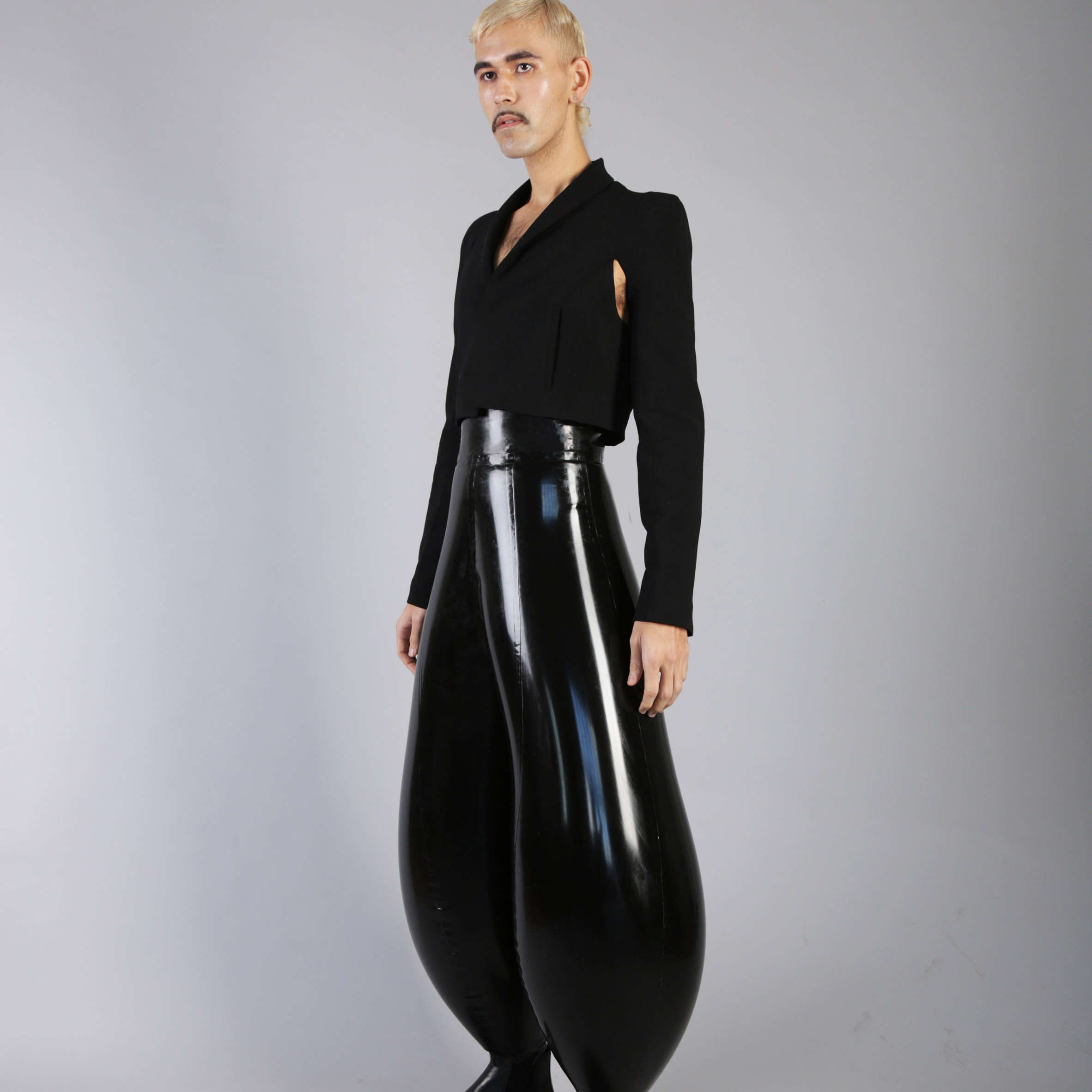 Latex established itself as the material of the year early on. Dezeen published the first 2020 story about the shiny material in early January explored Dead Lotus Couture’s attempt to “put latex in every wardrobe.”

A month later, menswear designer Harikrishnan showcased his graduate collection that featured billowing latex trousers, which went on sale in August with the warning “do not overinflate.”

Spanish artist SiiGii expanded on the possibilities of the material with their inflatable latex float, created to allow people with a sun allergy to enjoy lounging in the pool.

The fact that the material is natural – it is derived from the rubber tree – also endeared it to its advocates, with people increasingly aware of the toll that fast fashion takes on the environment. 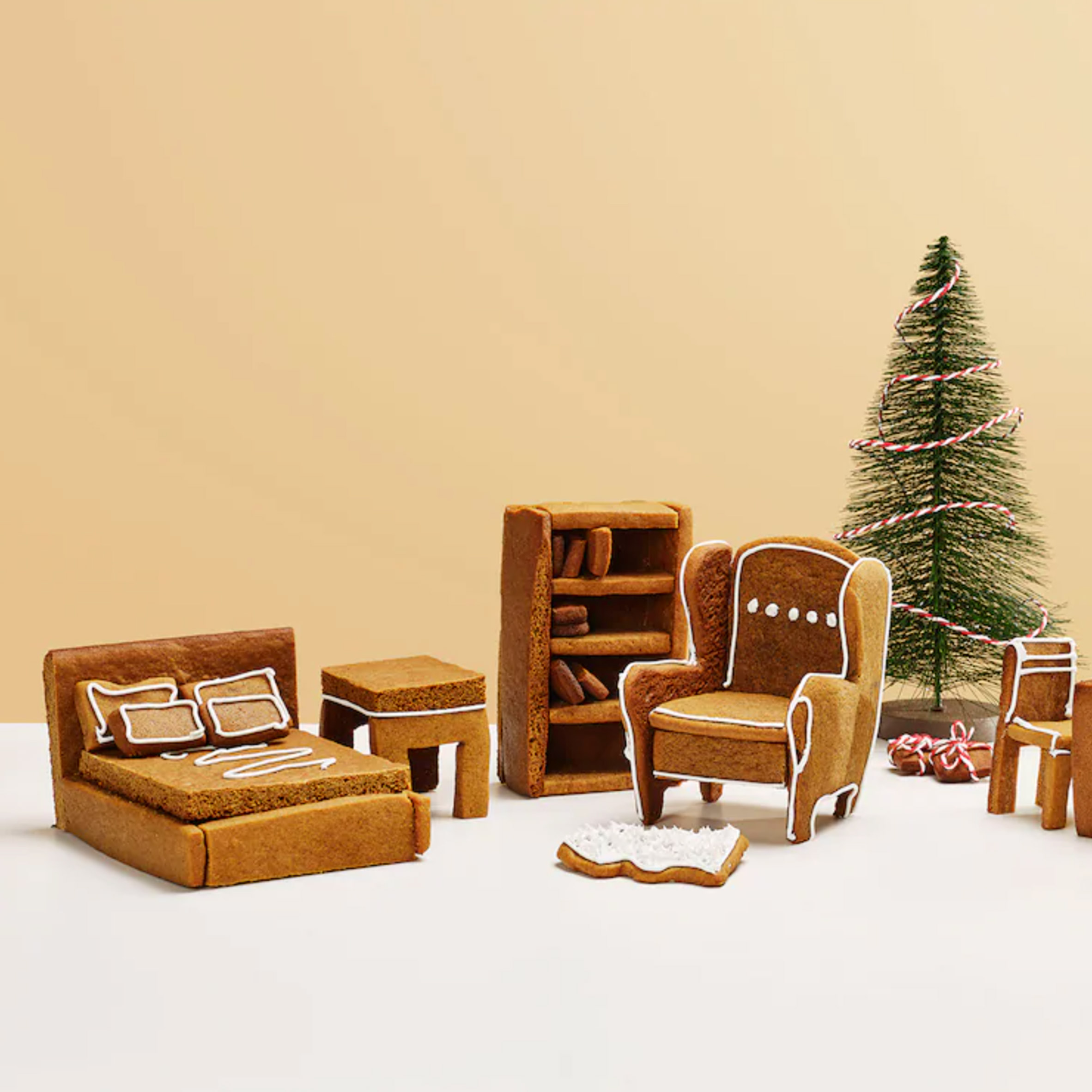 The Swedish furniture company was everywhere this year, clocking up unexpected collaborations and launching new initiatives as stay-at-home customers looked to improve their homes.

At the start of the year, IKEA revealed plans for a new car-free store wrapped in greenery that is being designed in Vienna by Querkraft Architekten, and created a full-size version of a pizza-box table.

As the coronavirus began to impact the world, it tried to help alleviate stay-at-home boredom with designs for six children’s forts that could be built during lockdown.

It unveiled collaborations with Lego and Zandra Rhodes, launched its first branded fashion and accessories collection, and explored eco-friendly initiatives with its Buy Back program.

IKEA also spoke to Dezeen about how the pandemic could help us move towards a circular economy and just before Christmas, the company released a flatpack Gingerbread Höme furniture kit to let people create gingerbread-house versions of its classic products.

The final frontier felt within reach this year, as studios and government agencies designed products and transport from spacesuits to spaceships, and explored new kinds of space tourism.

NASA was prolific, unveiling its revived “worm” logo and new SpaceX spacesuits. The US space agency also collaborated with BIG, Musk and Bezos, and released a time-lapse of the sun.

Private space tourism made design strides this year, with Seymourpowell designing the interior cabin of Virgin Galactic’s Spaceshiptwo craft and Under Armour creating the pilots’ spacesuits for Virgin’s first commercial spaceflight. The lightweight suits weigh just over a kilogram.

Meanwhile, PriestmanGoode unveiled the concept for a balloon with a pressurised capsule for space tourists, allowing them to go on “cruise” to the stratosphere. 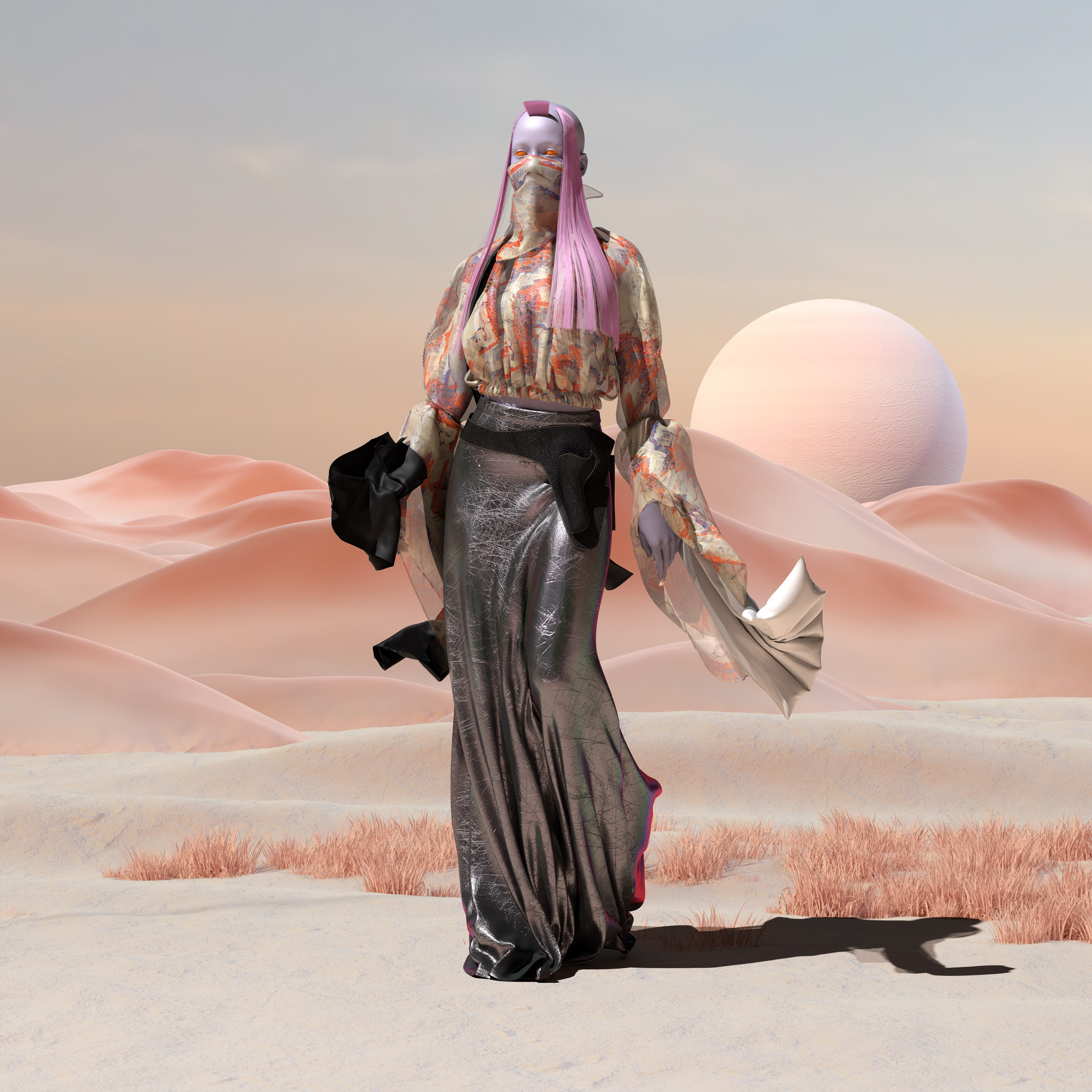 As lockdowns and stay-at-home orders became common in 2020, people were more glued to their screens than ever before. Fashion designers adapted to the new reality by heading into the digital realm.

In an interview with Dezeen founder and editor-in-chief Marcus Fairs, digital fashion designer Amber Jae Slooten said the interest in digital fashion had “exploded” during the pandemic.  “I’ve never dressed so many people in my life,” said the designer, whose garments only exist digitally.

Fashion retailer Carling combined the digital and physical with its augmented-reality T-shirt, which looks to be blank but shows an animated design when viewed through a smartphone. 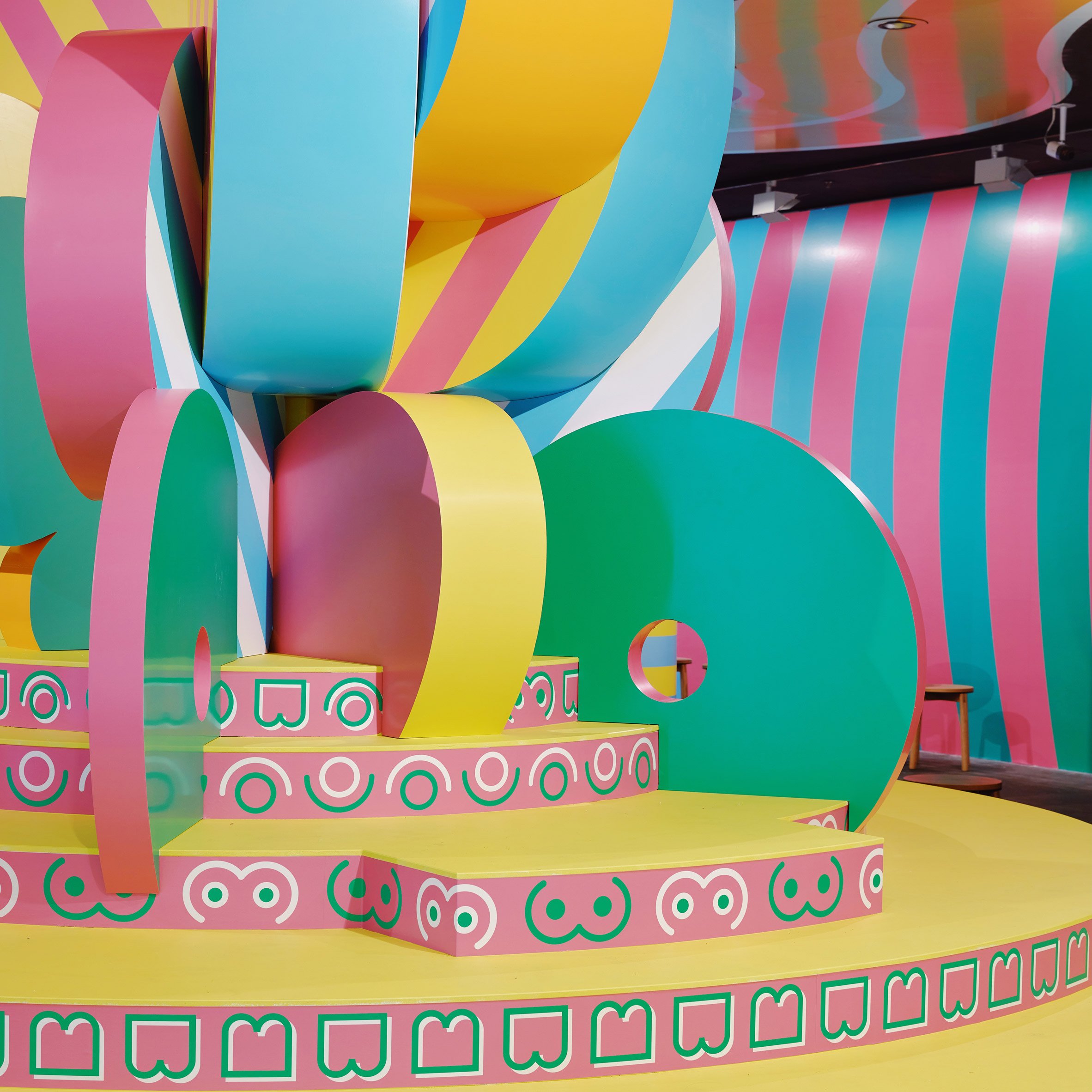 Designed Adam Nathaniel Furman coined the phrase “New London Fabulous” in a live interview as part of Dezeen’s Virtual Design Festival to describe the colourful, Memphis Group-inspired design that was everywhere this year.

As the coronavirus pandemic created a new focus on outdoor city centres, designer Camille Walala transformed two London neighbourhoods with swathes of colour. Her Les Jumeaux art installation covered two pedestrian crossings and a facade in White City in paint, while residents in Leyton saw a whole block transformed with a community mural.

Furman himself brought the colourful trend to Melbourne, where he transformed the cafeteria of the city’s NGV International gallery with his vibrant Boudoir Babylon installation together with Sibling Architecture. In London, his mosaic brightened up a maternity centre. 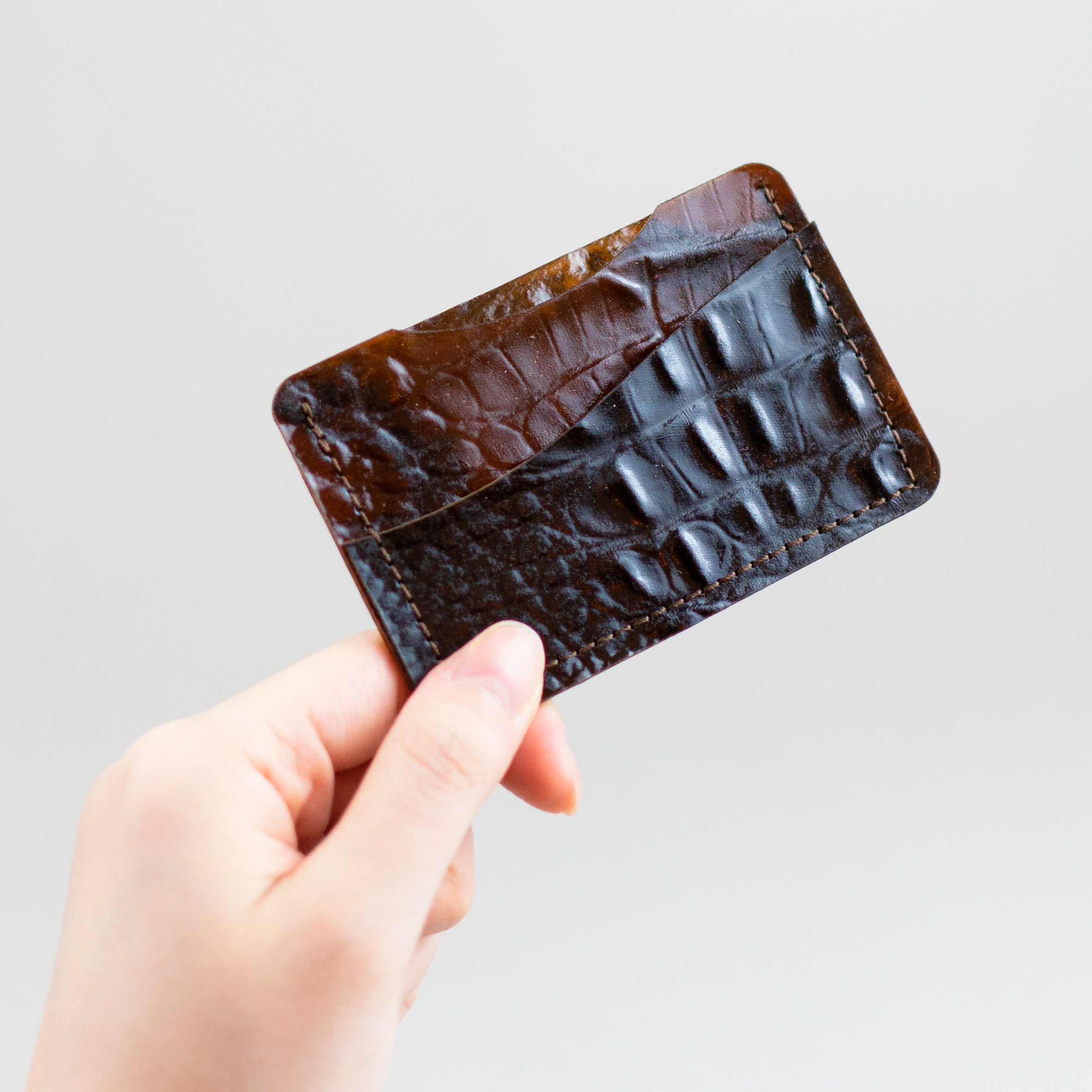 Products made from waste material

Sustainability in design is becoming increasingly important, and this year saw designers tackle the issue by using waste materials to create new products. These included building blocks, such as Kenoteq’s bricks made almost entirely from construction waste and Hontext’s recyclable construction material made from waste paper.

There was a focus on ways to use waste materials to harness solar power, with the inaugural James Dyson Sustainability Award given to Carvey Ehren Maigue for his solar panels made from food waste, and Mexican students creating solar lamps from natural waste materials. 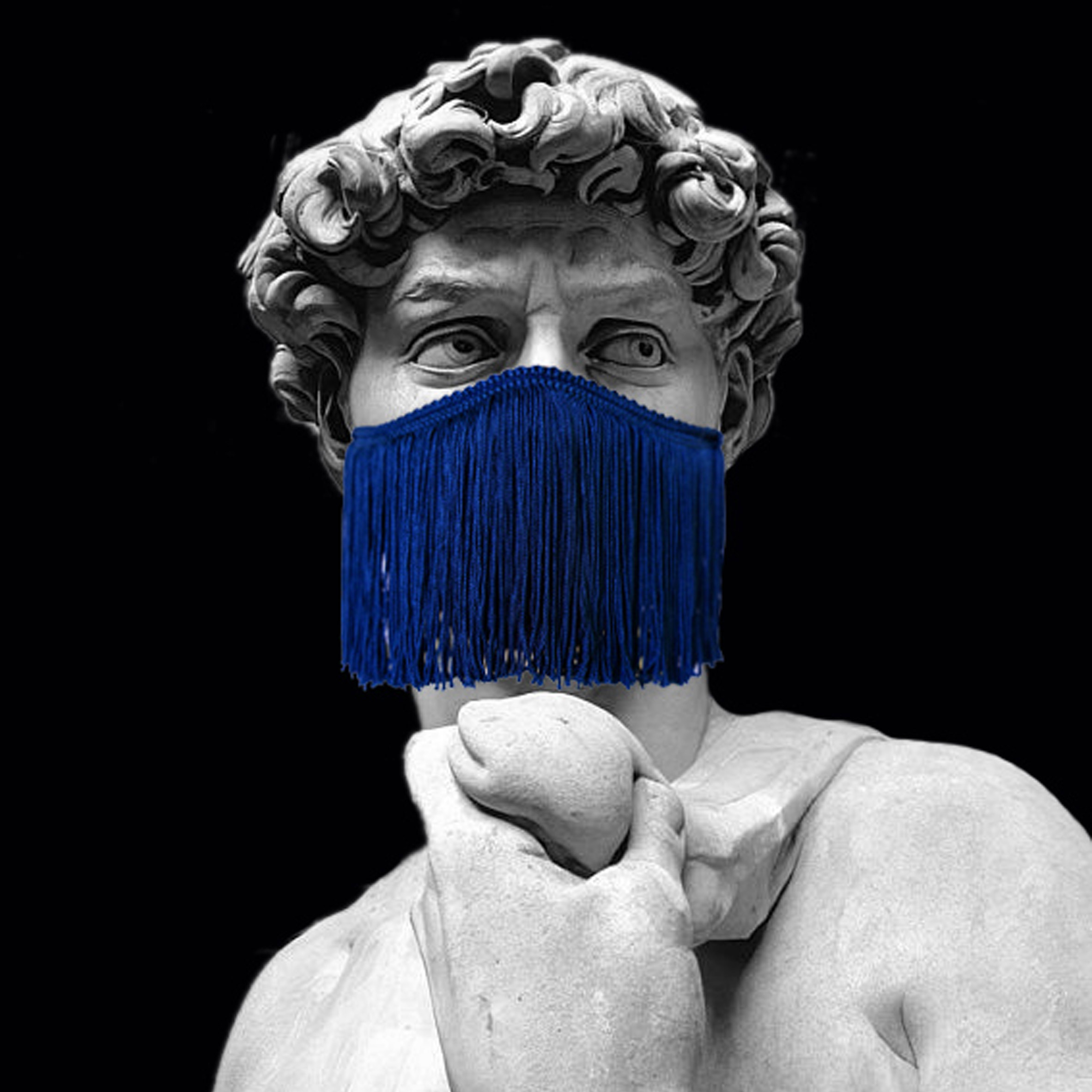 The face mask trend was borne out of sad necessity and led to interesting, innovative designs. Creatives focused on different aspects of the protective face coverings, with some aiming to create pieces that would be quick to produce – such as Adidas’ Face Cover – while others treated them as works of art.

Brands got involved as Apple revealed the design for its face shield early on in the pandemic and LG designed a face mask with a battery-powered air purification system.

Petit Pli designed a more environmentally-friendly reusable mask from recycled plastic bottles, while Droog’s fringed version is a “flirtatious fashion statement” according to the brand.

Face shields, too, came in fashion-friendly versions such as Joe Doucet’s curved variant that can be worn like a pair of sunglasses and Plastique Fantastique’s arty, sci-fi take on the shield, shaped like a fish bowl. 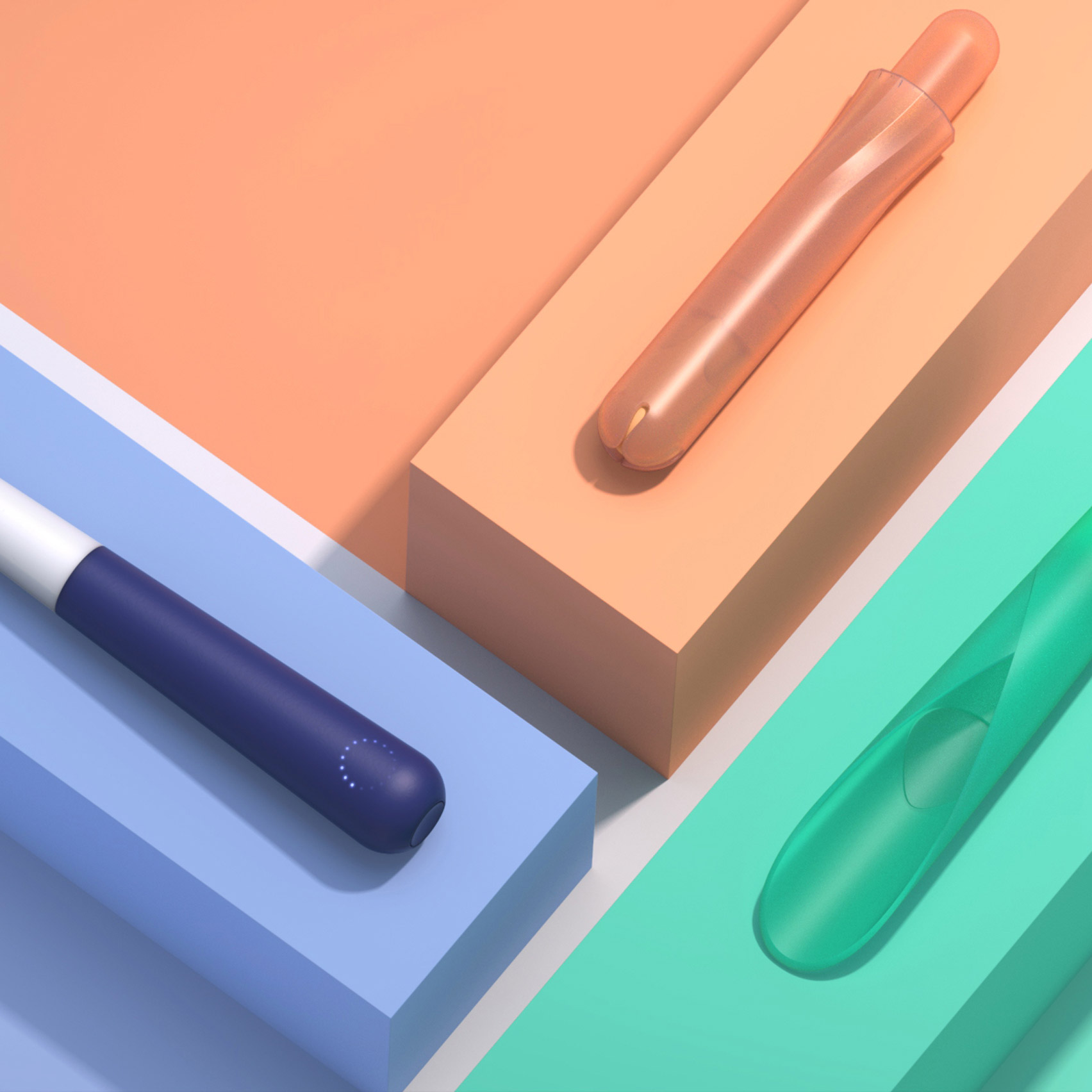 Healthcare was on many people’s minds this year. But not all health products were designed to combat the coronavirus – 2020 also produced innovative products that helped people test and improve their health.

The Sukha concept from Matter consists of three conceptual cervical cancer tests that women could take at home, instead of attending a cervical screening appointment.

To help people remember to take their daily medication designer Ricky Stoch came up with FebriSol, a scratch-card-style sticker that gamifies the experience – patients simply scratch of the day from the packaging when taking the medication to reveal a green “yes” tick.

Norwegian studio ANTI designed its Ventizolve, a portable naloxone product for emergency use that can temporarily reverse the effects of a lethal opioid overdose, as a product that could be carried around easily and without stigma.

The post Dezeen's top 10 design and technology trends of 2020 appeared first on Dezeen.