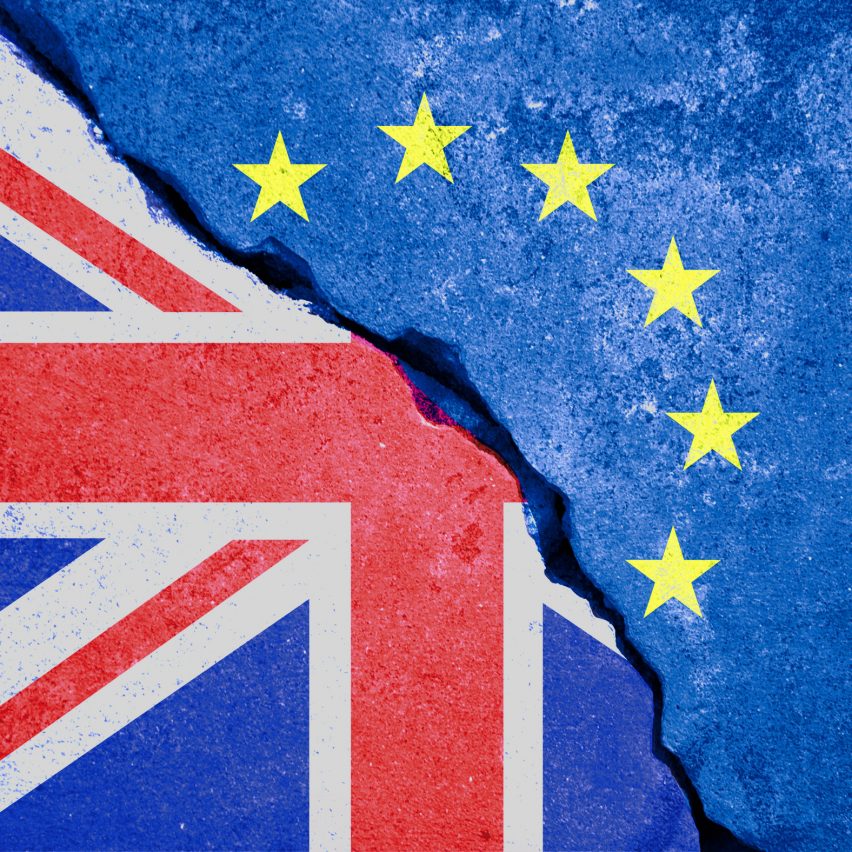 Prices of imported furniture and lighting could rise up to 40 per cent as brands face uncertainty over the UK’s future trading relationship with the EU.

Several EU brands have already increased their UK prices to cover the cost of clearing customs once the Brexit transition period ends on 31 December.

“Due to the UK’s withdrawal from the EU, we unfortunately had to increase our transport cost,” wrote Dutch furniture and lighting brand Moooi in an email to UK partners.

“There’s the potential for severe delays”

With future trading rules still uncertain and cross-channel freight severely disrupted by the outbreak of a new strain of coronavirus in England, UK importers and retailers are braced for major disruption.

“In my opinion, it’s chaos and there’s the potential for severe delays early next year,” said Stefan Dodds of Dodds & Shute, which sources design products for UK architects and interior designers.

“If we look at the delays that have been caused in the last 24 hours by France closing borders, surely this is a sign of things to come in the New Year at the end of the transition period?” Dodds said.

From 1 January, transitional arrangements between the UK and the EU will end, although it is still uncertain whether a new trade deal will be in place or whether companies will have to fall back to World Trade Organisation terms, which will involve tariffs on imports and exports.

Either way, goods will be subject to customs checks.

Prices could rise by “approximately 40 per cent”

While some EU brands have prepared well for the disruption, “a large number of brands who are contacting us because they have no idea what to do,” said Dodds. “They are burying their heads in the sand.”

“Costs are also a real concern,” added Dodds, saying that the price of imported products could rise “by approximately 40 per cent to allow for customs clearance, deferment charges, potential border inspection fees and additional paperwork.”

Other UK businesses said they had done their best to prepare but are being hampered by lack of clear advice from the government as well as the impact of the ongoing coronavirus pandemic.

“We expected the UK/EU [trade] agreement might go to the wire but it is totally absurd that there is still no certainty at all around the arrangements with less than eight working days to go,” said designer Lee Broom, who produces and exports furniture and lighting.

“Covid is compounding the problems, which I think everyone who has a business and international supply chain predicted would happen back in the summer.”

Broom said he ordered extra components from EU suppliers to ensure he could produce enough stock in the first few months of 2021.

So far, deliveries to EU customers have continued as normal, Broom said.

“However, if the situation gets worse, undoubtedly costs will increase which we will cover for our clients,” Broom added. “Ultimately all of this affects our budgets and our potential investment in future projects.”

Claire Mold, head of logistics and warehousing at Tom Dixon, described the situation as “a period like no other” and anticipated price rises, delays and additional paperwork.

“For stability, we will continue to manage our distribution out of the UK whilst we understand fully the post-Brexit landscape,” she said.

“We are ready for increases in costs, lead times and administration activities and we expect that Covid still has a part to play in terms of supply chain impact.”

Thorsten van Elten, a sole trader who operates online design store thorstenvanelten.com, said he had spent the last three months stocking up on products that he sources from central Europe and Germany.

“I should be ok and won’t need to order anything in January or February so I can see then on what basis we will have to trade,” he said, pointing out that that is usually a quiet period for retailers anyway.

After that, van Elten said he expects he may have to consolidate orders to minimise customs fees.

“I guess I will have to place larger orders if there is a standard one-off fee for customs clearance,” he said. “Smaller orders are probably out of the question.”

Van Elten said the incoming VAT regime, under which VAT is payable on goods from the EU as soon as they land in the UK rather than in quarterly bills, could disrupt his cashflow.

Van Elten said that the ending of UK’s membership of the EU Customs Union on 31 December could benefit small UK businesses as continental competitors might decide it is too complicated to sell to UK customers.

“I’m finding that many EU online shops are not selling to the UK any more,” he said.

“I’m worried but also not worried,” he added. “Some things become more difficult but other opportunities will arise. I’m small enough to be flexible enough to act and react to what will be ahead.”