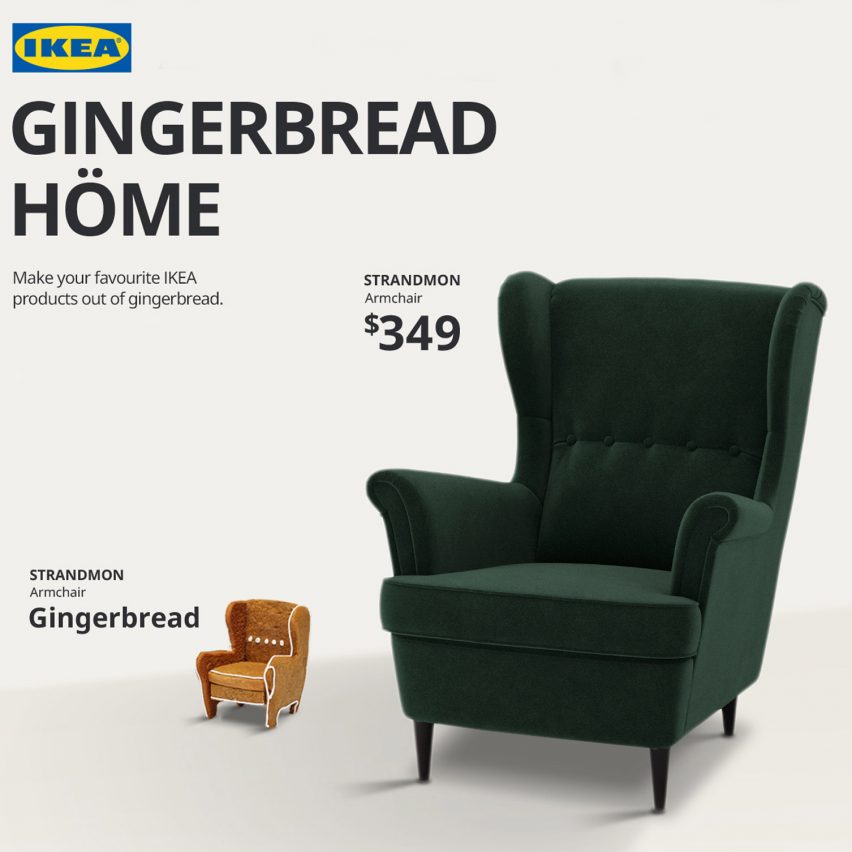 This week on Dezeen, furniture brand IKEA released instructions on how to assemble the Billy bookcase and some of its other seminal furniture designs from gingerbread.

Released ahead of Christmas, the Gingerbread Höme assembly kits resemble the company’s traditional instruction manuals and can be downloaded and printed out at home.

As coronavirus vaccinations are becoming available architect Stefano Boeri revealed his design for a prefabricated timber and fabric vaccination pavilion, which will be built in 1,500 piazzas across Italy.

Speaking to Dezeen architecture studio NBBJ said that drive-through clinics built in hospital car parks could be used for “accelerated vaccine roll-out”. The architecture studio has created a concept that would allow hospital patients to be treated in prefabricated clinics without leaving their cars.

While in Berlin the Humboldt Forum digitally opened its doors. Designed by Italian architect Franco Stella, the museum occupies a reconstruction of baroque Berlin Palace and was built on the site of the demolished East German parliament building.

We continued our review of the year by looking at the best architecture created around the world. Our top 10 US projects of 2020 included David Adjaye’s pink concrete store,  SOM’s museum for the United States Army and MAD’s first project in America.

Popular projects on Dezeen this week include a colourful domed cultural retreat on Iranian island of Hormuz, an off-grid seaside cabin near Helsinki, and a Hungarian houseboat designed to be “in harmony with its surroundings”.