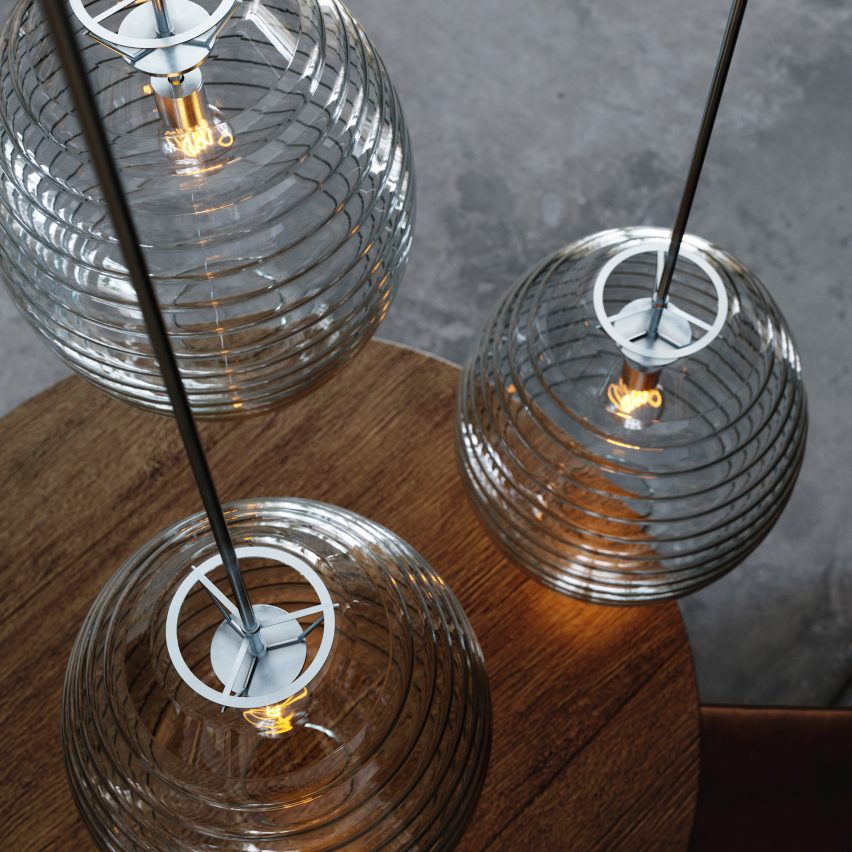 Dezeen Showroom: design studio August Green has created a hive-shaped pendant light, which aims to represent the idea of collaboration.

Envisioned by August Green founder Kyle MertensMeyer, the HiveMind Pendant was originally intended as a one-off piece to encourage collaboration within the company’s own studio.

The pendant lamp consists of two elements – an exposed bulb and a hive-shaped glass shade – that the studio believes to represent the benefits of working together as a team.

“An exposed bulb represents the placement of an idea at the centre of the fixture, while the second element is a hive-shaped glass lantern representing the collaboration and hard work of the collective,” said the studio.

“With these two components together the fixture creates a powerful symbol, inspiring the collective ideas of the team through collaboration rather than the single idea of an individual. All of us together are smarter than any one of us.”

August Green is now manufacturing the HiveMind Pendant commercially, hung from either a steel cable or single fixed rod, which is available in brushed brass or stainless steel. The company is donating half of the proceeds from sales of the pendant light to the non-profit Green Missions Foundation.