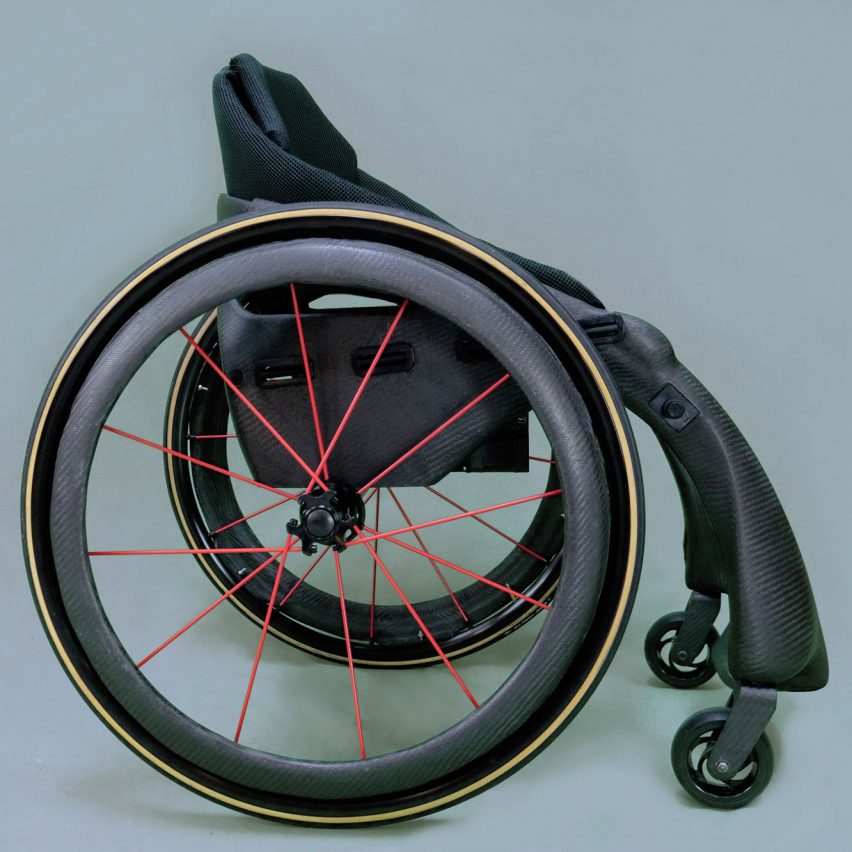 Scottish designer Phoenix Instinct has developed a lightweight wheelchair with a movable axle position that automatically adjusts the chair’s centre of gravity to stop overbalancing.

Developed with the help of a $500,000 development grant from the Mobility Unlimited Challenge, which is run by the Toyota Mobility Foundation together with Nesta’s Challenge Prize Centre, the Phoenix i wheelchair uses smart technology to improve its basic functionality.

“The wheelchair is proven to be the most viable means of getting around if you’re paralysed,” said Phoenix Instinct founder Andrew Slorance.

“However, wheelchair technology hasn’t evolved since the 80s, while smart systems have transformed products all around us,” he told Dezeen.

“Prosthetics have been revolutionised in function, appearance and perception, while the wheelchair has remained the inanimate awkward device the prosthetic used to be. It’s now time for the wheelchair to evolve.” 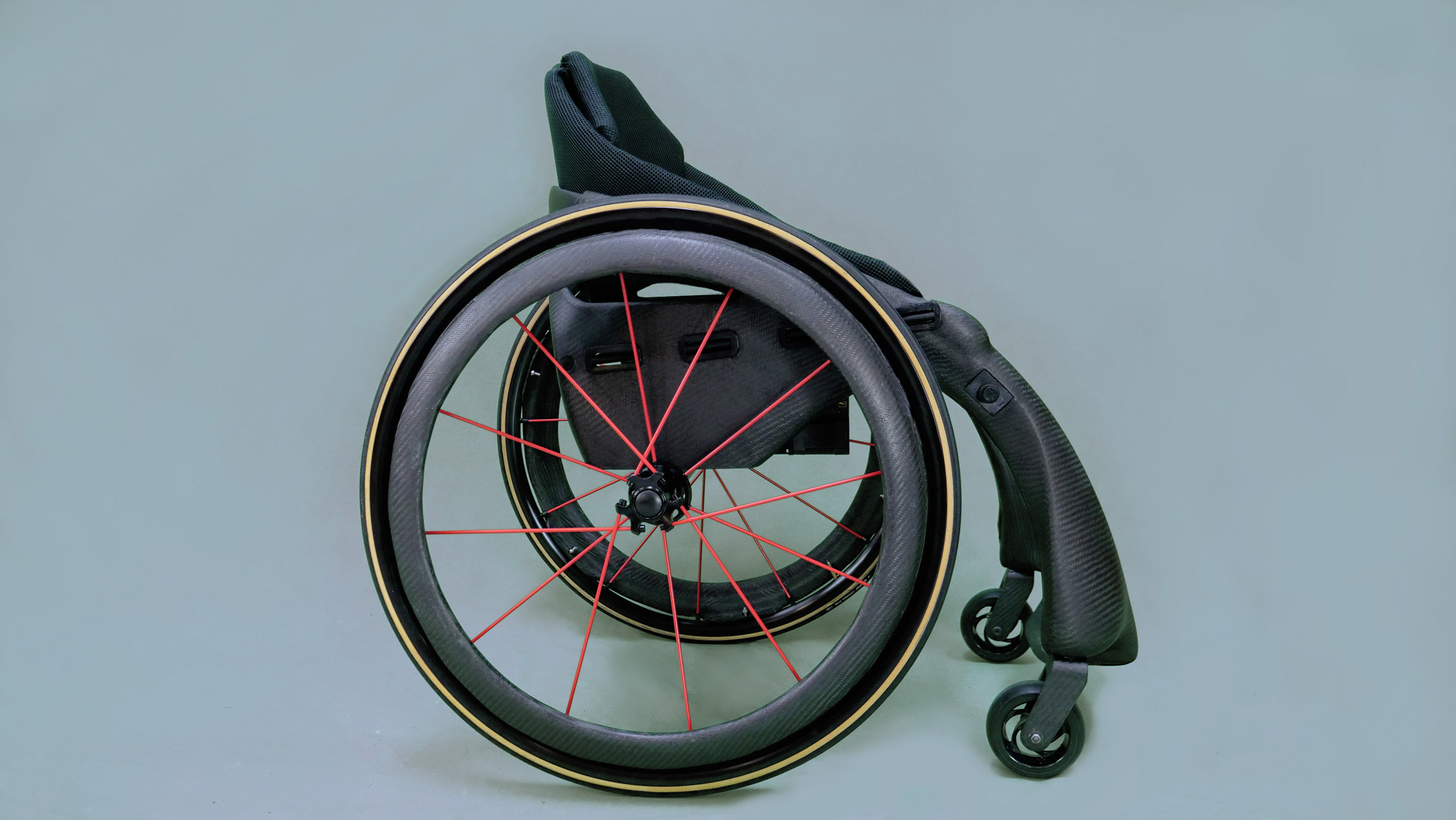 Made of lightweight carbon-fibre, the wheelchair’s wheels are mounted on an adjustable axle that can move forward or backwards depending on the user’s position.

It is connected to sensors that detect whether the user is leaning forward or back and moves the axle position to adjust its centre of gravity accordingly. This means that the wheelchair can be both stable and agile while reducing the risk of falling backwards. 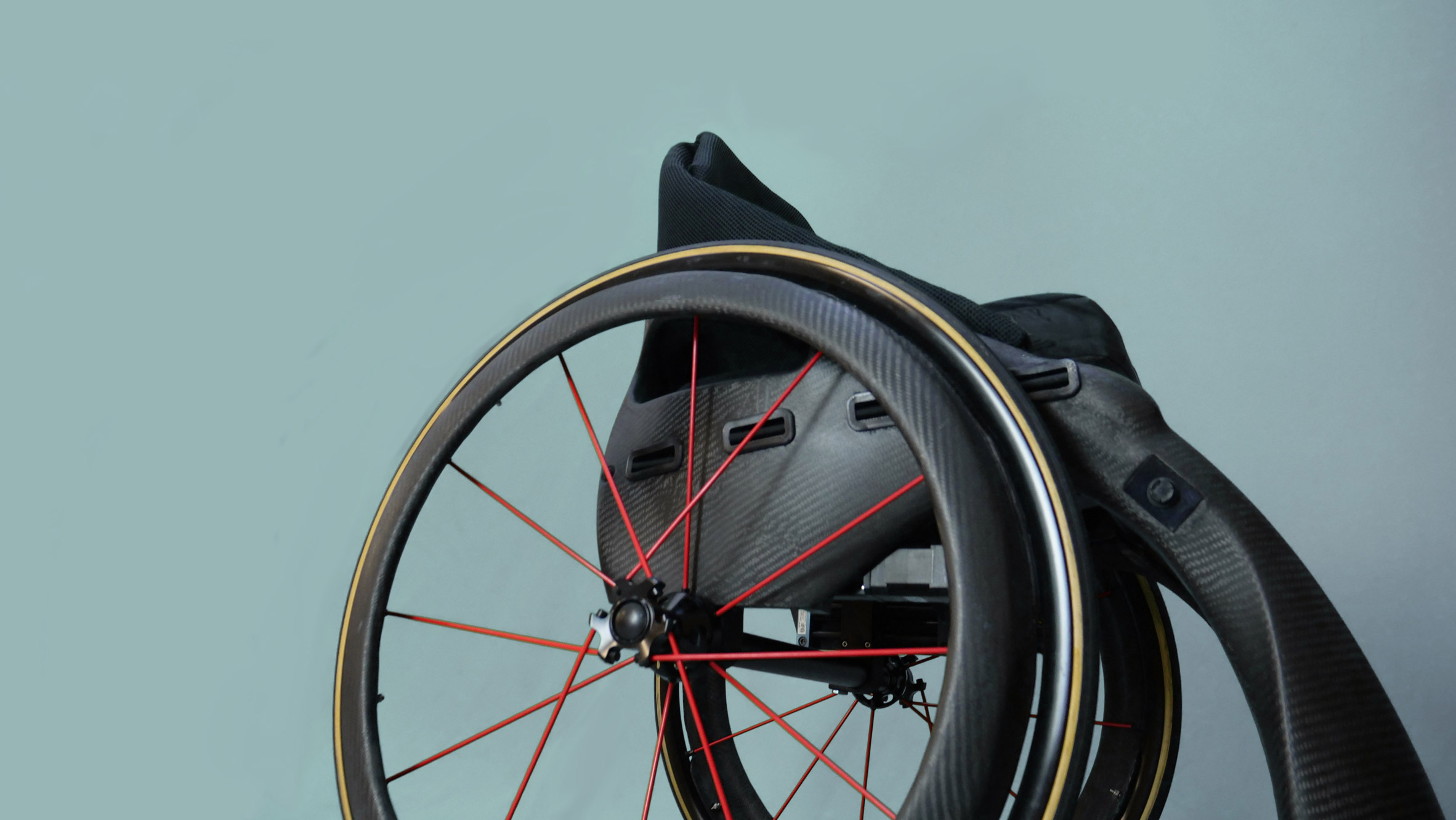 “Weight distribution is key to wheelchair agility and stability,” explained Slorance. “The position of the rear wheel axles determines how weight is distributed through the front and rear wheels.”

“The more weight going through the front wheels, the more rearward stability will be achieved,” he continued. “However, weight through the small front wheels equals lots of drag which makes pushing harder.”

“If too much weight is carried through the back wheels then the chair can overbalance and fall backwards.”

“The Phoenix i wheelchair has a smart centre of gravity so the user gets the lightest agility in combination with stability. This has never been done before.” 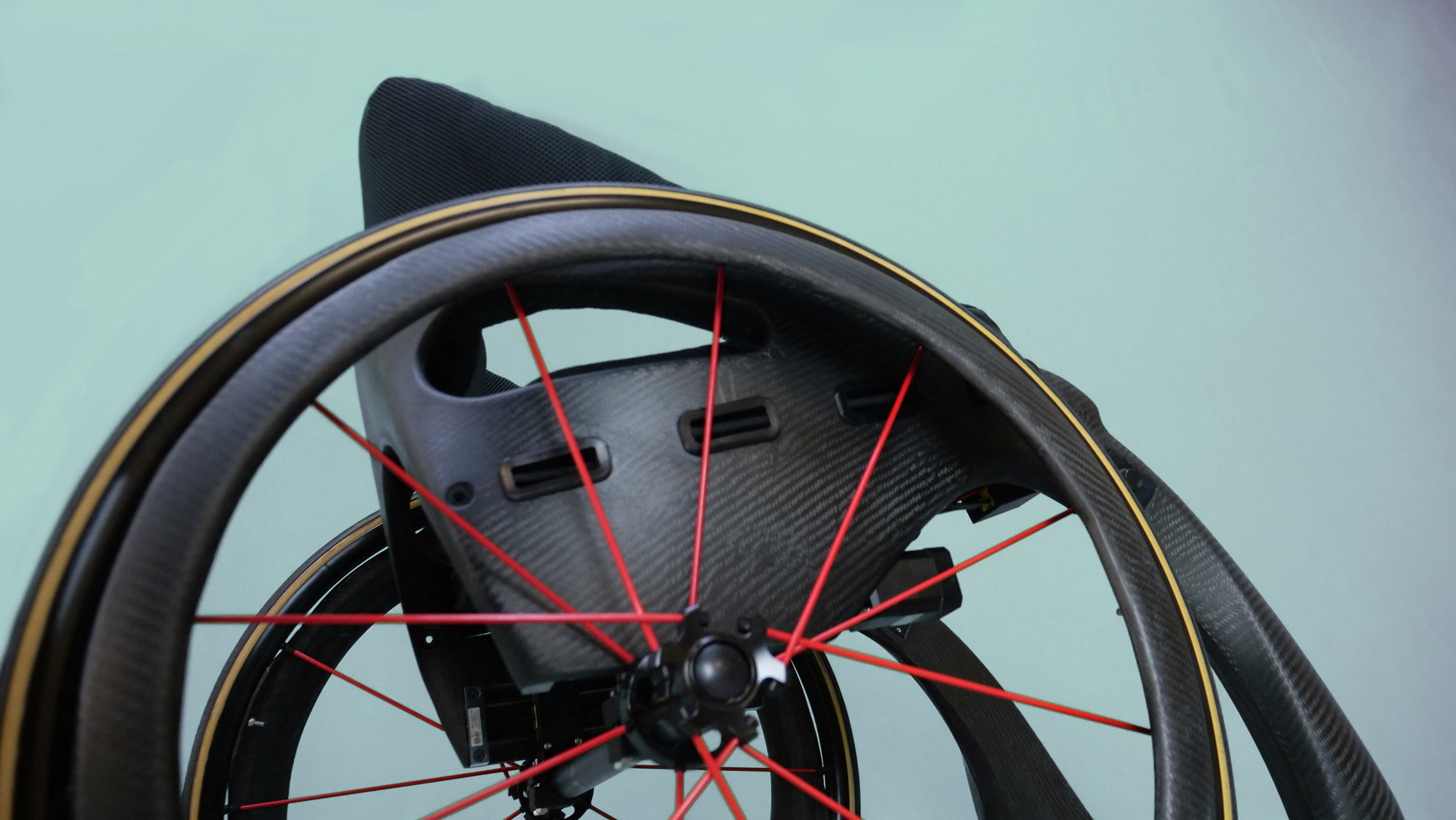 The smart system means that the chair is constantly adjusting itself to give the user the best possible performance while keeping the wheels in the same position relative to the user. According to the designer, this means that people using the chair will suffer fewer injuries.

“For the first time ever the wheelchair and user have the same centre of gravity,” said Slorance. “The wheels are always in the same position relative to the user regardless of them leaning forward or back,” he continued.

Phoenix Instinct intend on selling the Phoenix i wheelchair at a price comparable to conventional wheelchairs as the company believes that smart wheelchairs should become widely used.

“Wheelchairs are largely funded through reimbursement programmes so raising the ceiling on what insurers will pay means proving life-enhancing benefits will bring greater savings to the insurer in the long term – fewer injuries, greater independence etc,” said Slorance.

“This has been achieved with advancements in prosthetics so it should be achievable with wheelchairs too. However, we intend to price the new wheelchair in line with conventional wheelchairs so as to speed the steps change towards smart wheelchairs becoming the norm.”

The Mobility Unlimited Challenge awarded five finalists with $500,000 to develop mobility devices for lower-limb paralysis. Along with Phoenix Instinct’s wheelchair, the finalists include an electric wheelchair share scheme and two exoskeletons.

The winner of the challenge, who will receive $1,000,000, will be announced later this month.