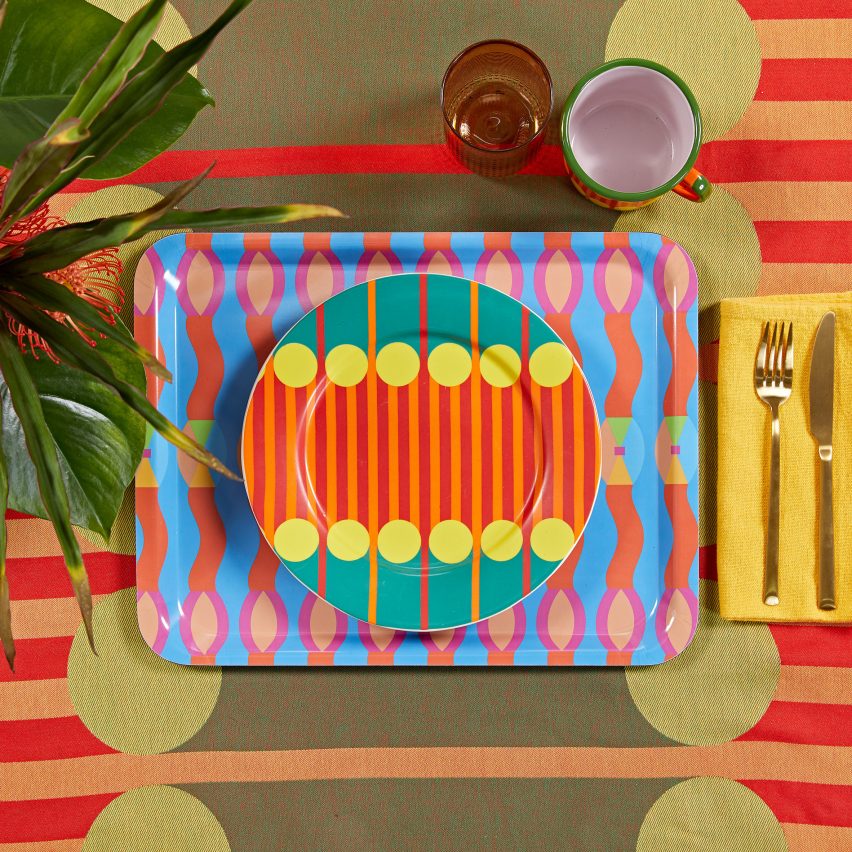 “I like the idea of turning something that we normally don’t pay much attention to in the home into something artistic, a statement piece that has a narrative behind it,” he told Dezeen.

“I think we spend so much time being distracted by other things that we tend to not appreciate functional design as much as we could.”

Rather than collaborating with an established design company to realise the pieces, Ilori took control over their creation from start to finish to maintain creative independence.

The results are being released by Ilori’s newly established, self-titled brand, which will be for sale primarily on his own website.

“I wanted to establish a homewares brand in-house as I felt it was important for myself and the studio team here to have a complete, self-sufficient understanding of the whole process, from design concept through to production and retail,” he said.

“Lockdown cancelled many of our projects this year so it gave us the time back to start making this idea into a reality.”

Each piece is created in collaboration with different craftsmen and suppliers, with stoneware bowls and plates made in Portugal while rugs are hand-knotted in Nepal.

Much like streetwear, they will be released in limited edition “drops”, in order to feel out where there is most demand from the public and allow this to guide the direction of the business.

The motifs themselves were taken directly from the designer’s previous work and scaled down to fit onto the different homeware pieces, which “act as mini canvases”.

A series of circular coasters and placemats are emblazoned with some of the seminal seating designs that launched Ilori’s career, while other pieces feature patterns directly transposed from his installations.

Like much of Ilori’s work, these prints combine both his Nigerian roots and impressions from his childhood in north London.

“The patterns I’ve used in this collection were based on the idea of a cultural exchange – a merging of African and English cultures and customs,” he said.

“For me, these patterns represent both the past and the present, uniting two cultures together in the London of today and celebrating the society we have now.”

One print, named Omi after the Yoruba word for water, nods to the river Thames and the London Docklands as historical gateways for trade, which facilitated a meeting and mingling of different cultures.

This is visualised through a pattern of lapping, azure blue waves and oval rum barrels, that can be found throughout the collection.

Similarly, two rugs feature the abstracted, repeated motif of a pineapple, which was such a rare luxury item when it was first brought over from South America that London socialites would rent one for a single night to display it at their dinner parties.

Elsewhere, the collection features enamel mugs, a “classic British design” that nods to the country’s industrial history, alongside household linens, which Ilori says carry a particular nostalgia for him.

In his childhood, hand towels were a democratic object in the house, used by all different members of the family for different purposes, while a tablecloth invariably signalled a special occasion.

Decked out in Ilori’s joyful patterns, these simple, functional pieces are allowed to become decorations in their own right.

The drop is available from today via Ilori’s website as well as SCP and luxury fashion retailers Browns and Matches.

This year has also seen the trained furniture and product designer stretch his creative muscles to create a skate park near Lille in France as well as the interior for London boutique Mira Mikati.

In September, he was accepted London’s 2020 Emerging Design Medal with the words: “I just hope my work inspires the next generation of young designers with a similar background to me.”