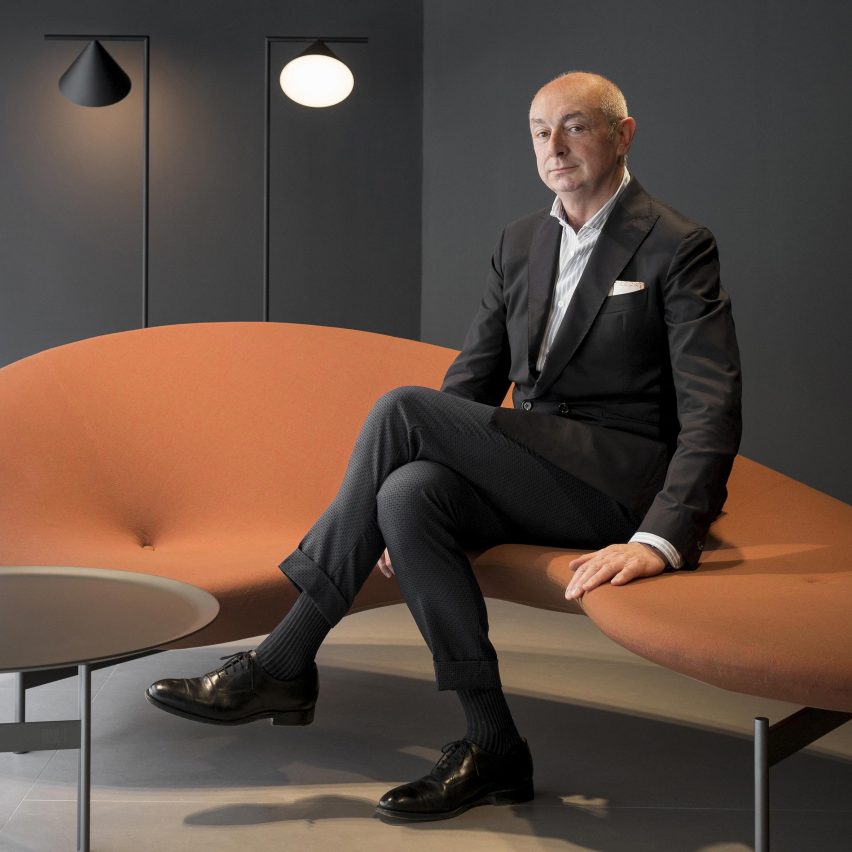 Italian architect Piero Lissoni has been named as the new artistic director of B&B Italia, as the furniture brand looks to overhaul its global image.

Having created several designs for B&B Italia over the past four years, Lissoni will now be responsible for developing the visual identity and “stylistic code” of the 54-year-old Italian company.

The news comes a year after the departure of chairman Giorgio Busnelli, son of the late B&B Italia founder Piero Ambrosio Busnelli. This effectively ended the Busnelli family’s link to the brand.

Lissoni joins at a pivotal moment, as B&B Italia looks to start a new phase in its history.

“We are delighted and proud to welcome Piero Lissoni in the B&B Italia family and we are eager to start a new and important evolutionary chapter for B&B Italia with him,” said CEO Gilberto Negrini.

“We are confident that Piero will embody the values that since 1966 represent the brand: design, culture, innovation technology and research, contemporary lifestyle.”

Lissoni runs an architecture and design practice with offices in Milan and New York. With a specialism in high-end hotel and residential projects, his portfolio includes the Conservatorium Hotel in Amsterdam and the Grand Park Hotel in Croatia.

The architect has worked with many prestigious furniture brands in his career, including Cappellini, Alessi, Flos, De Padova and Kartell, and he is already creative director for Alpi, Boffi, Living Divani, Lema, Lualdi, Porro and Sanlorenzo.

His collaboration with B&B Italia began in 2017 and has continued ever since. His designs for the brand include his modular Dock sofa, the Liagò storage system and the new Borea outdoor furniture.

Lissoni described his new position as “a beautiful adventure”. He plans to work on a strategy that both respects the brand’s heritage and allows it stay relevant in the future.

“I’m happy to start this new journey with a company that has written the history of Italian and international design, always remaining contemporary,” he said.

“B&B Italia is an integral part and one of the pillars of the model that the world longs for,” Lissoni continued. “A unique system made up of entrepreneurs with a vision capable of bringing together craftsmanship and industry, tradition and innovation, connections and collaborations.”

“Well, I hope that this path we have taken together will lead us on one hand to affirm this heritage and on the other way open up new opportunities for the future.”

B&B Italia is part of the Design Holding group, along with lighting brands Flos and Louis Poulson. The group formed in 2018, backed by private equity firms Investindustrial and The Carlyle Group, and exhibited for the first time at the Salone del Mobile in 2019.

As with B&B Italia, a management shakeup has also taken place at Flos since the launch of Design Holding. Piero Gandini, son of founder Sergio Gandini, stepped down as CEO after 22 years with the company.

Since then, Flos has also brought in new creative support. Architects Fabio Calvi and Paolo Brambilla, who run the studio Calvi Brambilla, were appointed “design curators”.