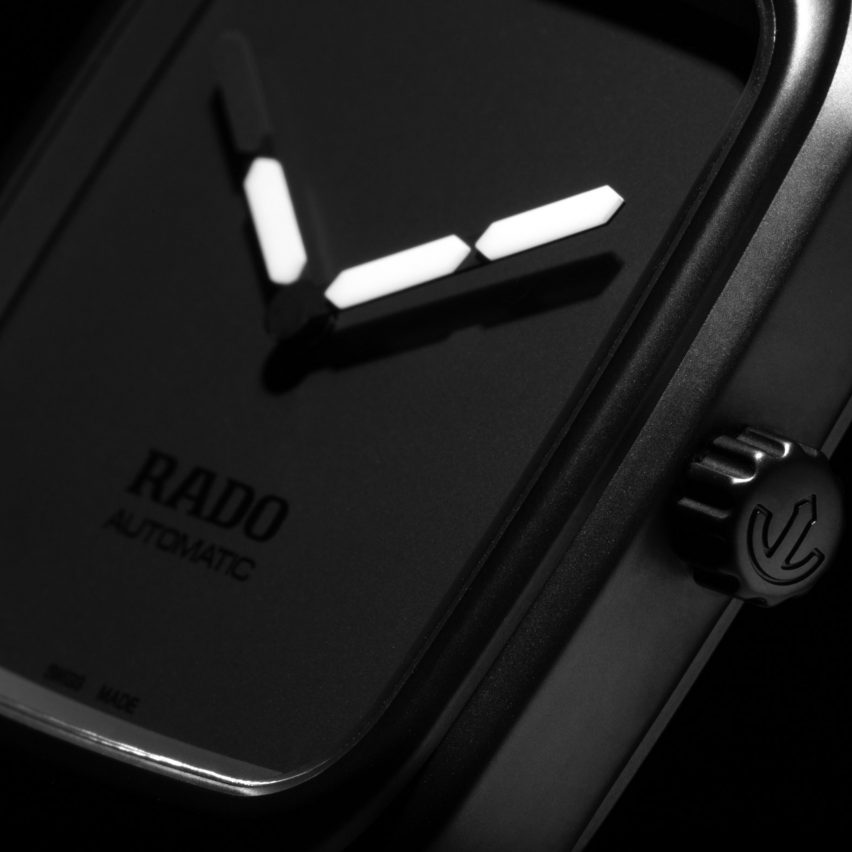 Rado Design Week kicks off with the launch of a special edition of Rado’s True Square watch designed by YOY, which the Japanese design studio introduces in this exclusive video produced by Dezeen.

YOY founders Naoki Ono and Yuki Yamamoto have created a minimal twist on the True Square watch, which merges the function of an analogue watch with the appearance of a digital one. 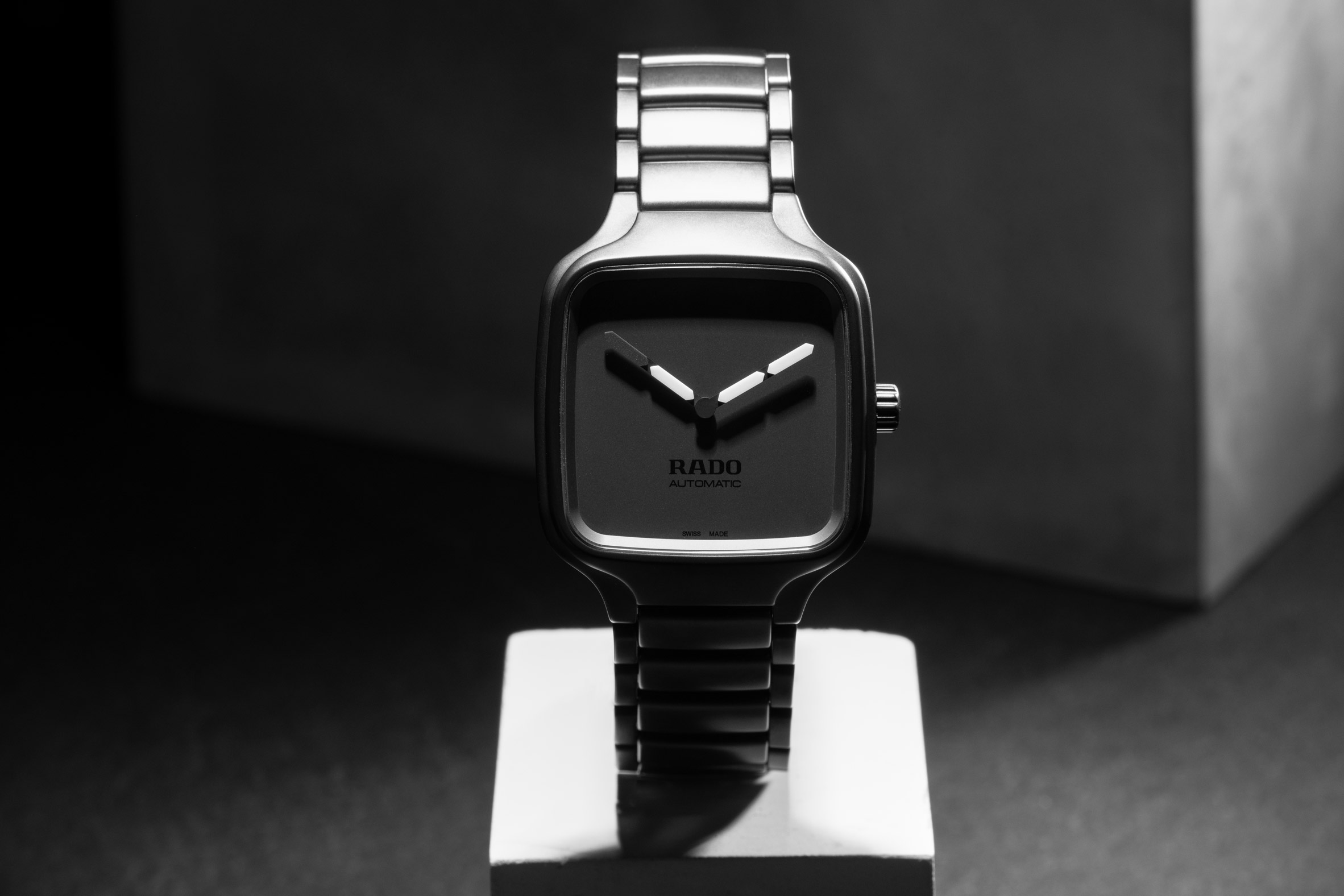 “We wanted to create an analogue watch with the character of a digital watch,” Ono said in the video.

“As everything in the world, including watches, becomes digital, we wanted to explore the curious opposite: transforming a digital thing into an analogue one,” he added.

Called Rado True Square Undigital, the watch’s minimal face features a set of dials that give a nod to the classic seven-segment displays of digital watch faces. 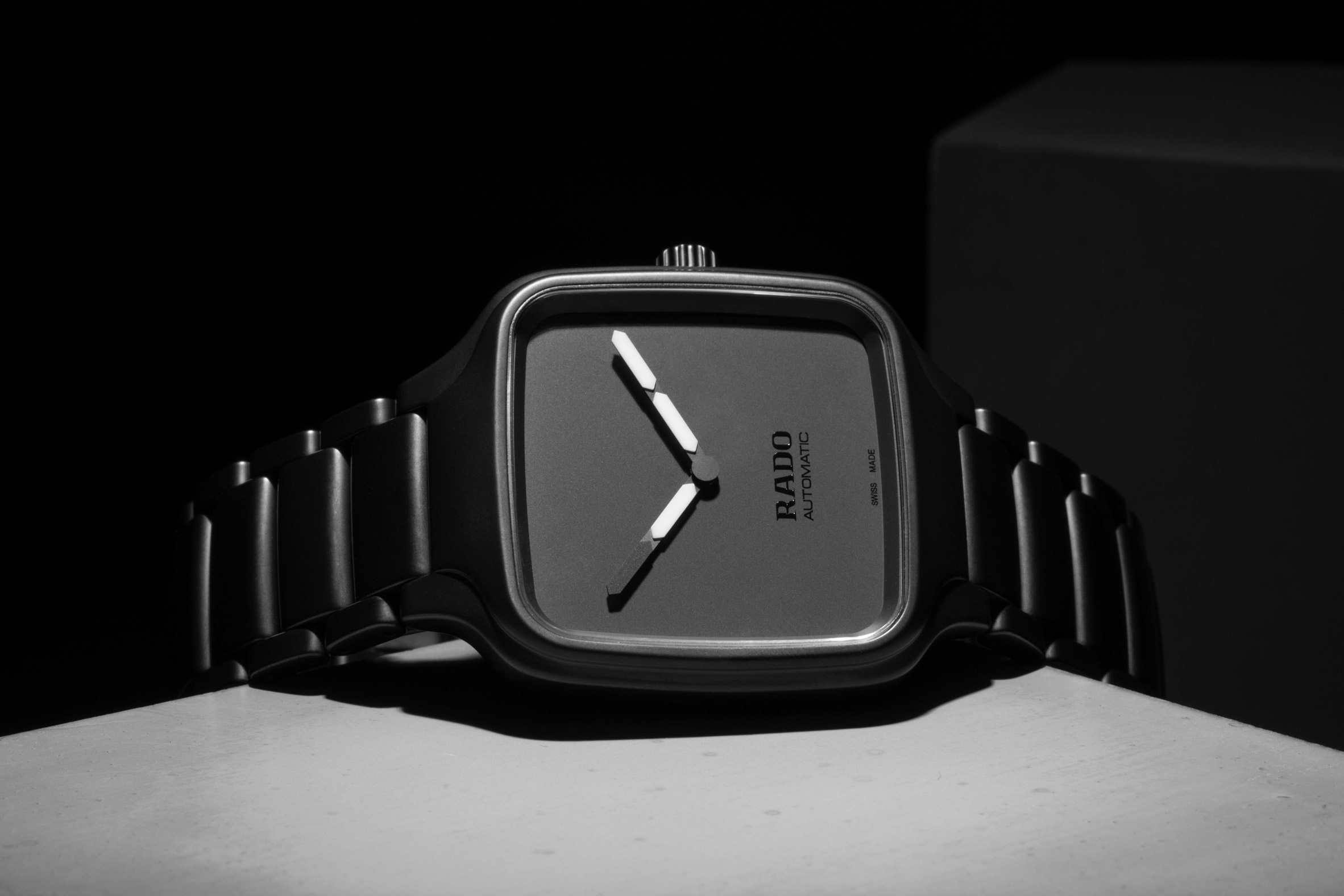 Here the angular bars of digital watch displays make up the bright white hands of the watch which float in the watch’s otherwise black clock face.

Using injection moulding technology, the watch is made from high-tech ceramics, a material that the brand pioneered in the 1990s.

Previously only used in fields such as medicine or aeronautics, the material is light and scratch-resistant. 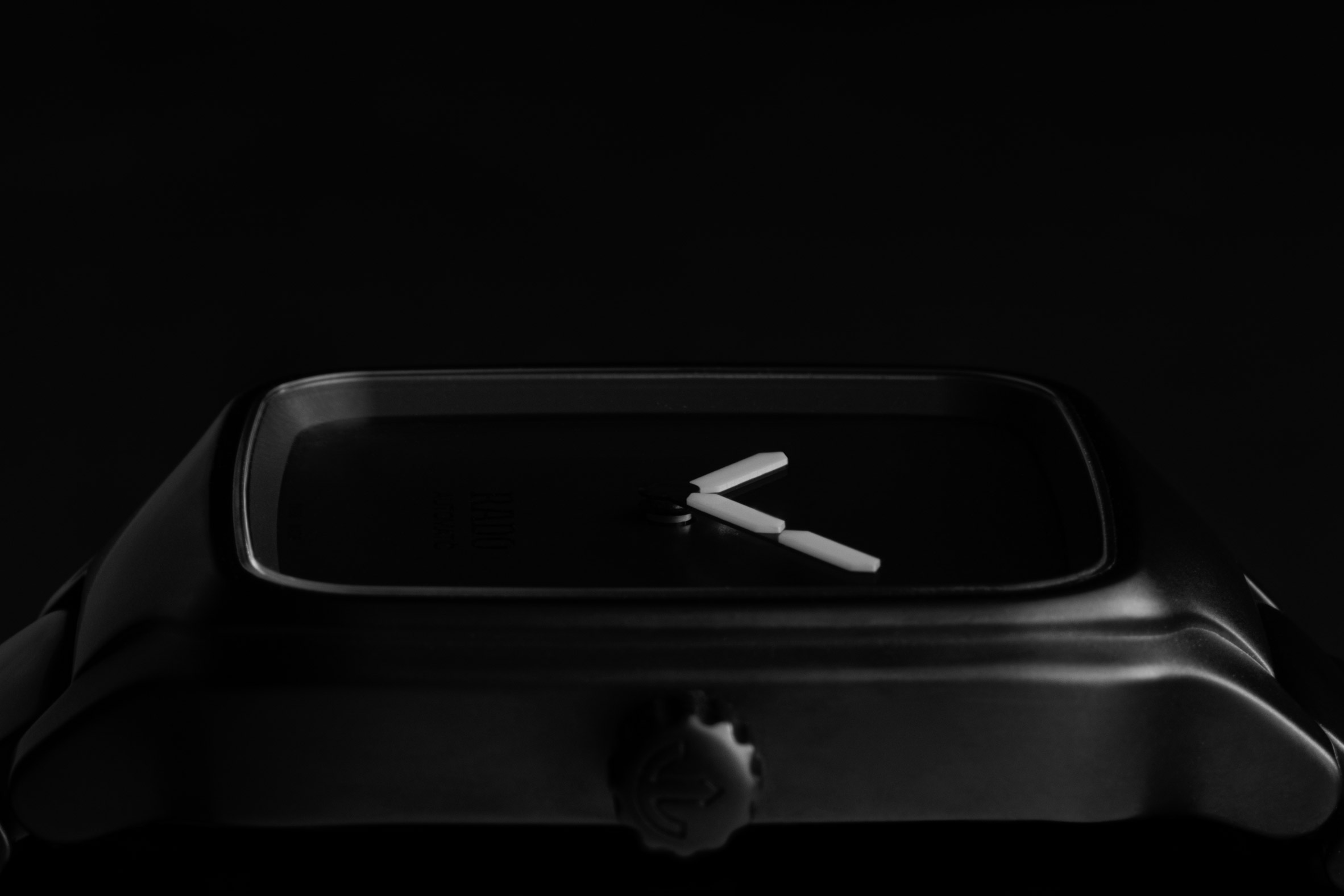 “This ceramic material has a finish similar to metal but is much lighter and is really comfortable against the skin,” Yamamoto explained.

Ono and Yamamoto founded their studio in 2011 after they met on their travels from Tokyo to attend Milan Design Week, and have since specialised in furniture design, lighting and interior design.

“We value humour in our design and everyone at Rado immediately understood our intentions,” Ono said.

“We were very grateful to have been able to work closely together on the finishing and details to realise a design true to our original concept.”

Ono and Yamamoto will be speaking about the watch to Dezeen founder Marcus Fairs and Rado’s CEO Adrian Bosshard in a live talk at 12:00pm London time today as part of Rado Design Week.

YOY’s Rado True Square Undigital watch is one of four watches by a roster of global designers that will be revealed during Rado Design Week, a week-long collaboration between the Swiss watch brand and Dezeen.

Dezeen will publish exclusive videos revealing special editions of Rado‘s True Square watch by designers Formafantasma, Tej Chauhan and Thukral & Tagra, followed by a live conversation with each of the designers. Click here to check out the schedule.

The post YOY's Undigital timepiece for Rado is "an analogue watch with the character of a digital watch" appeared first on Dezeen.