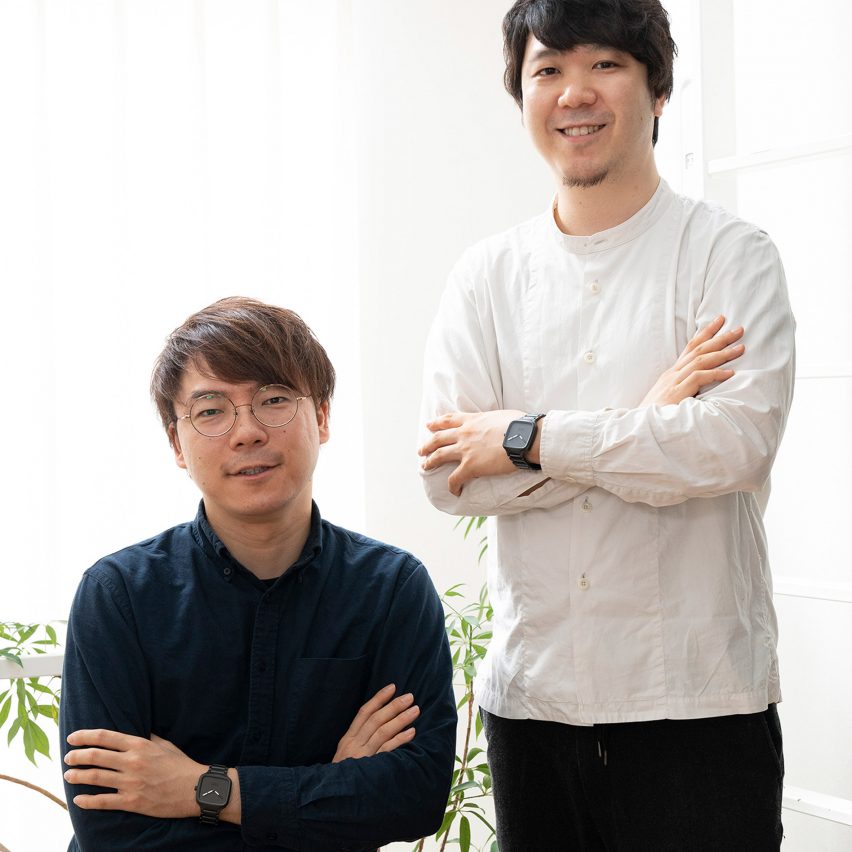 Dezeen spoke to Japanese design studio YOY about its collaboration with watch brand Rado in the first talk as part of Rado Design Week.

Dezeen editor-in-chief Marcus Fairs spoke to Naoki Ono and Yuki Yamamoto, the founders of the Tokyo-based studio, about their special edition of Rado’s True Square watch, which was exclusively revealed earlier today in a video filmed by Dezeen at their studio in Tokyo.

To create the watch, which is called Undigital, YOY drew from digital watch faces in order to create a design that merges the analogue and digital.

“As everything in the world, including watches, becomes digital, we wanted to explore the curious opposite: transforming a digital thing into an analogue one,” the designers explained in the video unveiling the watch, which we published earlier today.

YOY, founded by Ono and Yamamoto onboard a flight to Milan Design Week in 2011, is a design studio specialising in furniture design, lighting and interior design.

The studio’s work sits between space and object and attempts to have a sense of humour about itself. It has previously designed a chair that looks like a two-dimensional artwork and a lamp that uses projected light to create the impression of a shade.

“We value humour in our design and everyone at Rado immediately understood our intentions,” the designers stated in the video.

Fairs, Ono and Yamamoto was also joined by Rado’s CEO Adrian Bosshard, who gave an insight into the Rado brand and why it chose to work with the Japanese duo.

Joining Rado as CEO in June 2020, Bosshard has previously been CEO to Rado’s sister brand Certina for the past 17 years.

Rado Design Week is a week-long collaboration between the Swiss watch brand and Dezeen, which sees the reveal of four unique versions of its True Square timepiece created by a roster of international designers including YOY, Tej Chauhan, Formafantasma and Thukral&Tagra.

Every day throughout the week Dezeen will also broadcast a live conversation between Fairs, Bosshard and one of the designers. The week concludes with a competition that gives Dezeen readers the chance to win one of the watches from the collection.

The event marks a pivotal moment for Rado, which started out in a workshop in Switzerland’s Lengnau district back in 1917. Although the brand often hosts events to launch its new watches, this is its first virtual design week.

You can check out the schedule for the week here.