Salone del Mobile confirms move to September 2021 due to coronavirus 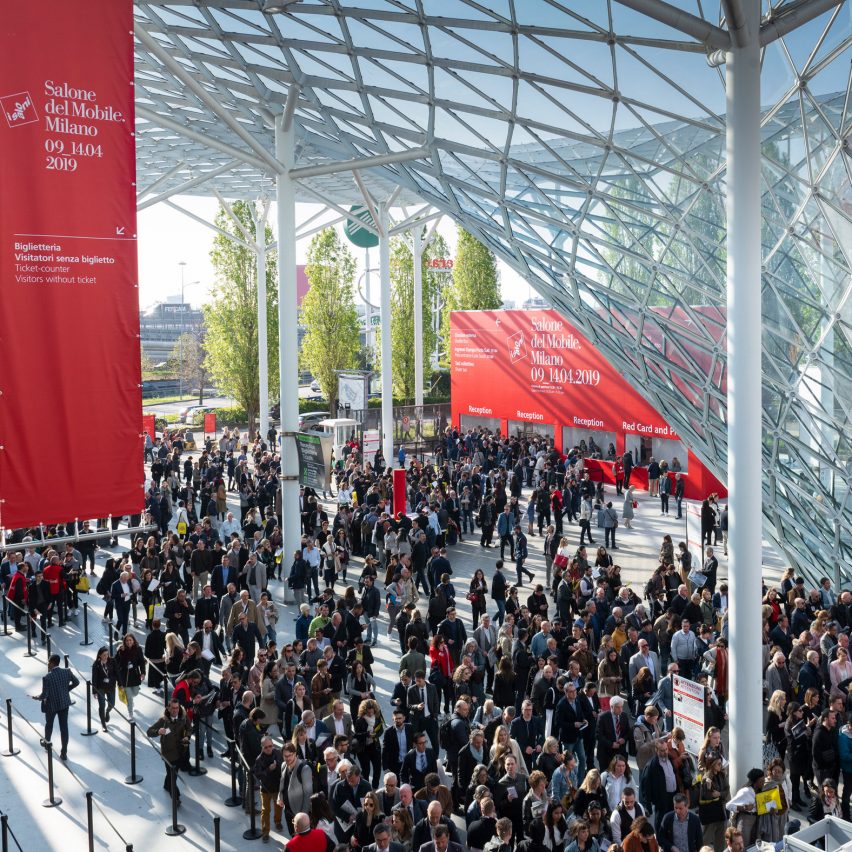 Salone president Claudio Luti confirmed the move, which was predicted by Dezeen last week, at a press conference in Milan today.

“We tried to set the date in the period that is considered by experts to be the lowest risk,” said Luti.

“Being able to hold the Salone next year is an absolute priority for all those of us whose lives revolve around design.”

Fair in autumn for first time since 1989

The move will see the fair, which celebrates its 60th anniversary in 2021, staged in the autumn for the first time since 1989.

The fair, which is the biggest and most important furniture show in the world, is traditionally held in April, although the 2020 edition was first moved to June, and then cancelled altogether, due to the impact of the coronavirus pandemic.

The first Salone del Mobile was held in September 1961. It moved to its current April slot in 1990.

“We all need the Salone in Milan,” said Luti. “We also believe that moving the fair to September will leave enough time for the ongoing acute phase of the pandemic to subside and that this will provide a real chance to kickstart design at global level.”

It is thought that the hundreds of independent “fuorisalone” events that take place across Milan alongside the fair will follow suit and move to September.

Together the fuorisalone events and the Salone del Mobile are informally known as Milan design week, drawing around 500,000 people to the northern Italian city each year.

The post Salone del Mobile confirms move to September 2021 due to coronavirus appeared first on Dezeen.