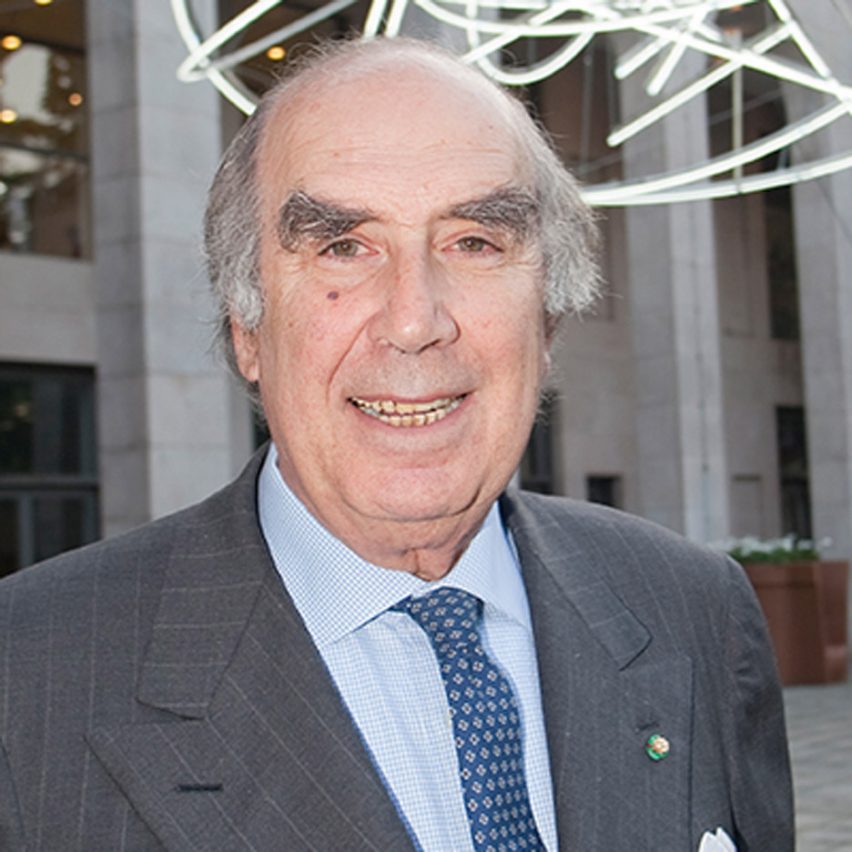 Manlio Armellini, a tireless advocate for Italian design and one of the founding fathers of Milan’s Salone del Mobile, the world’s largest furniture fair, has passed away at the age of 83.

He died on November 16, 2020, after dedicating more than 40 years of his life to the furniture industry.

Armellini was involved in Salone from its inaugural edition in 1961 until his last breath, earning the fair Europe’s oldest design prize, the Compasso d’Oro, for the “promotion of Italian design.”

He also secured the country’s highest honour, the Order of Merit of the Italian Republic, for himself.

Since becoming the fair’s secretary-general in 1974, Armellini presided over an increase in visitor numbers from 67,000 to 348,000 a year and a growth in exhibition space from 97,000 to 222,000 square metres, making it the largest design fair in the world.

“With Manlio’s passing, we have lost a friend whose tenacity and skill enable the Salone del Mobile to achieve successes recognised the world over,” the fair’s president Claudio Luti said in a statement.

“He initiated cultural projects that rubbed off on the city of Milan, he was behind and believed in the Salone Satellite project and took on board the many changes that occurred over time, unfailingly coming up with solutions and innovations to safeguard and bolster the Salone brand, which was also his home and his life, with his wife Armida by his side.”

In an article for Fuorisalone, Italian writer Laura Lazzaroni described him as “the one who most of all contributed to making this fair what it is now”.

“If today we have a design week envied by the whole world, an industrial sector that exports almost half of its turnover, it is undoubtedly also thanks to Manlio Armellini,” she wrote.

Armellini showed a lifelong dedication to the world of design

Armellini was born on 9 October 1937 in the central Italian town of Ascoli Piceno into a family with strong ties to the country’s furniture industry.

At the time, his father Tito Armellini was the director of FederlegnoArredo, an association representing the Italian wood and furniture industry, as well as the founder of the industry’s longest-running financial monthly, L’industria del legno e del Mobile.

Armellini followed in his footsteps, initially working at FederlegnoArredo as well as starting his journalistic career by editing his father’s publication from 1949 until 2000.

After co-founding the Salone del Mobile fair in 1961, he worked steadfastly on broadening its international appeal.

In 1965, he expanded it to include a surrounding programme of more than 40 cultural events and initiatives as well as a more robust commercial offering.

He was “the heart and soul of Salone del Mobile”

Carrying on his father’s publishing legacy, Armellini also took on the role of editor at the Rassegna modi di abitare oggi magazine from 1969 to 1979.

He was the secretary-general of Salone’s organiser Cosmit from 1974 before going on to become its CEO, responsible for putting on the main fair and all of its smaller subsidiaries, including Salone Satellite which showcases work by young, up-and-coming designers.

Armellini’s lifelong dedication to the world of design saw him become a part of a slew of industry bodies and initiatives, from the Italian Design Association (ADI) to the general council of the Italian Forestry Association (AFI).

He was a member of the board responsible for planning the Triennale Design Museum in Milan and chaired the consulting committee for setting up the Fieramilano fairground in Rho in 2005, which would become Salone’s new home.

In a statement, Cosmit described him as “the heart and soul of Salone del Mobile”.

“Let us close with a wish,” Lazzaroni added, “that the long-awaited next edition of the show will be dedicated to him.”