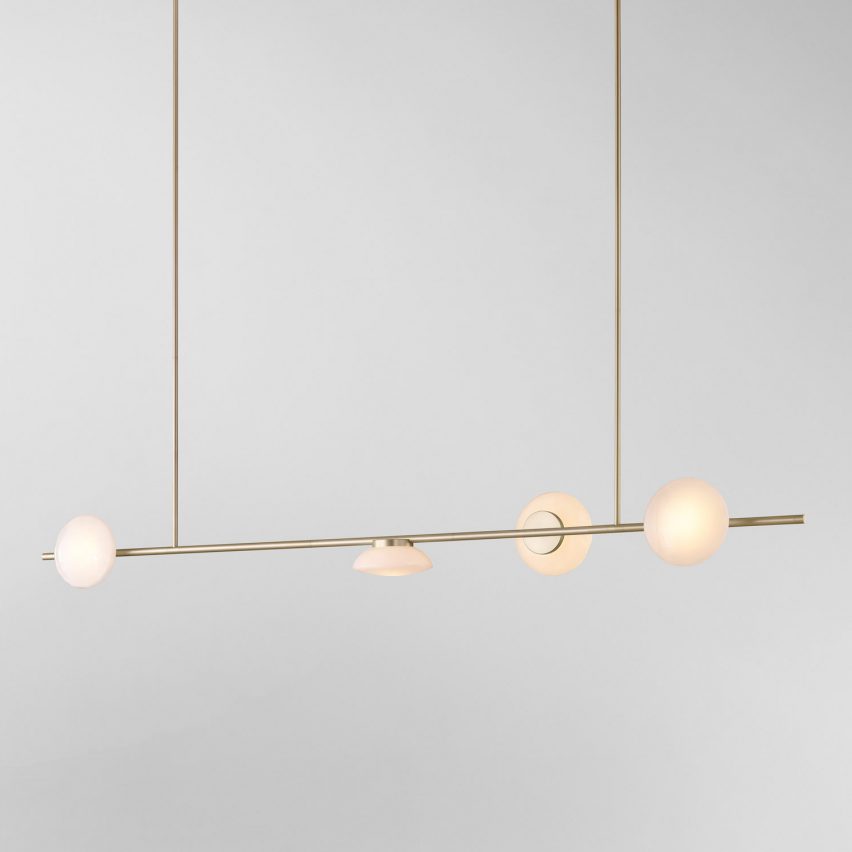 Dezeen Showroom: Melbourne design studio Ross Gardam‘s Ceto horizontal chandelier has a unique patterned glass that was designed to reference the rippling surface of the ocean.

The studio experimented with traditional optic glass-blowing techniques to create unique forms for the horizontal chandelier, which have a rippled-glass effect on the inside of the shade while the external shape is smooth.

The Ceto chandelier’s glass elements were first blown into a preliminary mold, called the optic, and then the final mold, which gives the glass its absolute form. Its shape was designed to evoke the sea.

“For me, the ocean has such a calming effect; it’s a place heavily wrapped up in childhood nostalgia and a deep feeling of tranquillity,” Ross Gardam said.

“I wanted the Ceto light to act as a kind of mnemonic device, allowing you to return to this place.”

The glass elements are completed by supporting tubes in anodised aluminium, which the glass shades appear to have been simply pressed on to.

As well as the horizontal chandelier, the Ceto collection includes other chandeliers, floor lamps, wall lighting, and pendant varieties.

The lights are produced in Ross Gardam’s Melbourne studio using mouth-blown glass from Adelaide and aluminium components from Melbourne.