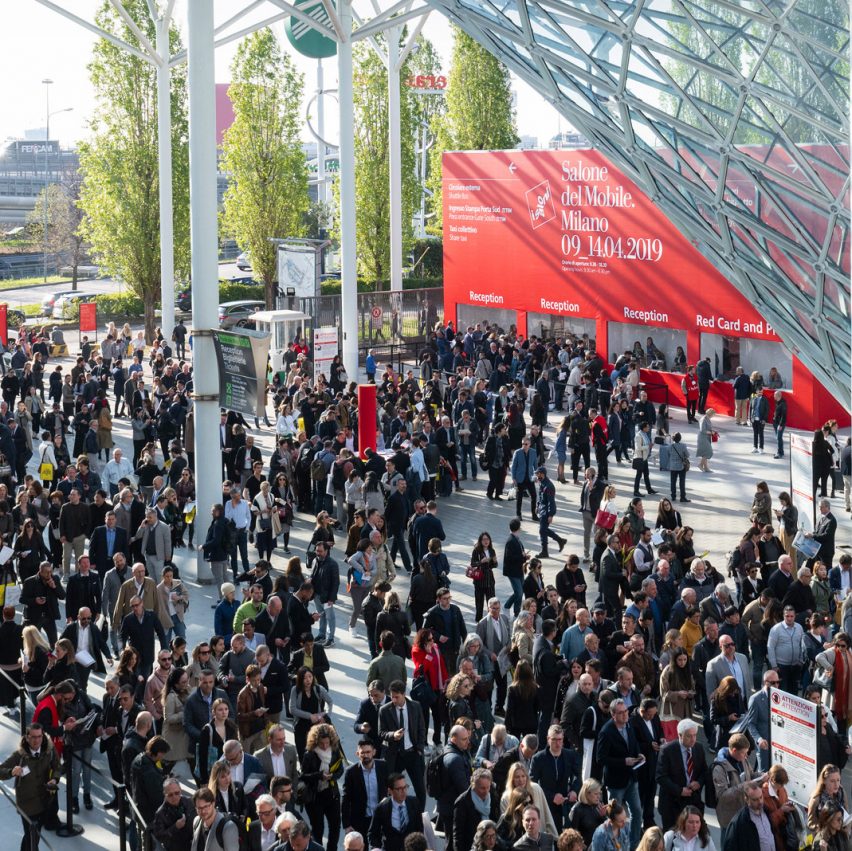 Milan’s Salone del Mobile could move from its regular April slot and take place in September next year, Dezeen has learned.

The move would see the fair, which celebrates its 60th anniversary in 2021, staged in the autumn for the first time since 1989.

Salone del Mobile, the largest and most important furniture show in the world and the anchor event of Milan’s design week, is understood to be concerned that a fair in April would once again be disrupted by the coronavirus pandemic.

Many countries now experiencing a second wave of Covid-19 infections that is expected to last through the winter and into spring 2021, throwing next year’s calendar of fairs into doubt.

This year, Salone del Mobile was initially moved from April to June due to the pandemic before being cancelled altogether for the first time in its history. Next year’s fair is currently scheduled to take place from 14 to 18 April 2021.

Organisers are understood to have been considering for some months whether to move the 2021 fair to either June or September, with September emerging as the preferred choice.

Salone del Mobile spokesperson Patrizia Malfatta confirmed that a change of date is being considered.

“We can confirm is that the Salone del Mobile will take place in 2021,” she said.

“The question about the possibility that the fair could move from April to some later months in the year, that’s still open.”

Dezeen understands that some exhibiting brands were hesitant to commit to paying non-refundable deposits for stands in April and have been pressing organisers to hold the fair later in the year.

Final decision on dates not yet made

Founded in 1961, Salone del Mobile originally took place in Milan in late September until it moved to its current April slot in 1990.

A final decision on when the fair will take place next year has yet to be made. It is not known whether the hundreds of fringe events that take place in the city alongside the fair, which are collectively known as the fuorisalone, will follow Salone del Mobile and move to later in the year.

The coronavirus pandemic led to the cancellation of nearly all major architecture and design events from March 2020 onwards, with a few fairs including 3 Days of Design and a reduced-scale London Design Festival taking place in September before the second wave of the pandemic once again forced events to abort.

Last month’s Dutch Design Week had to cancel most of its planned physical events at the last minute.

Several events planned for 2021 have already been impacted. Stockholm Furniture & Light Fair, London’s Surface Design Show and Cape Town conference Design Indaba, which were due to take place in February, have all been cancelled.

Paris homewares show Maison&Object has been rescheduled from January to 26-30 March while Design Shanghai is moving from March to early June.

Iceland’s DesignMarch festivities are being shifted from March to 19-23 May.

Salone del Mobile and the parallel fuorisalone events together make up the world’s leading design festival, attracting an estimated 500,000 people to the northern Italian city.

The post Salone del Mobile set to move to September 2021 due to coronavirus concerns appeared first on Dezeen.