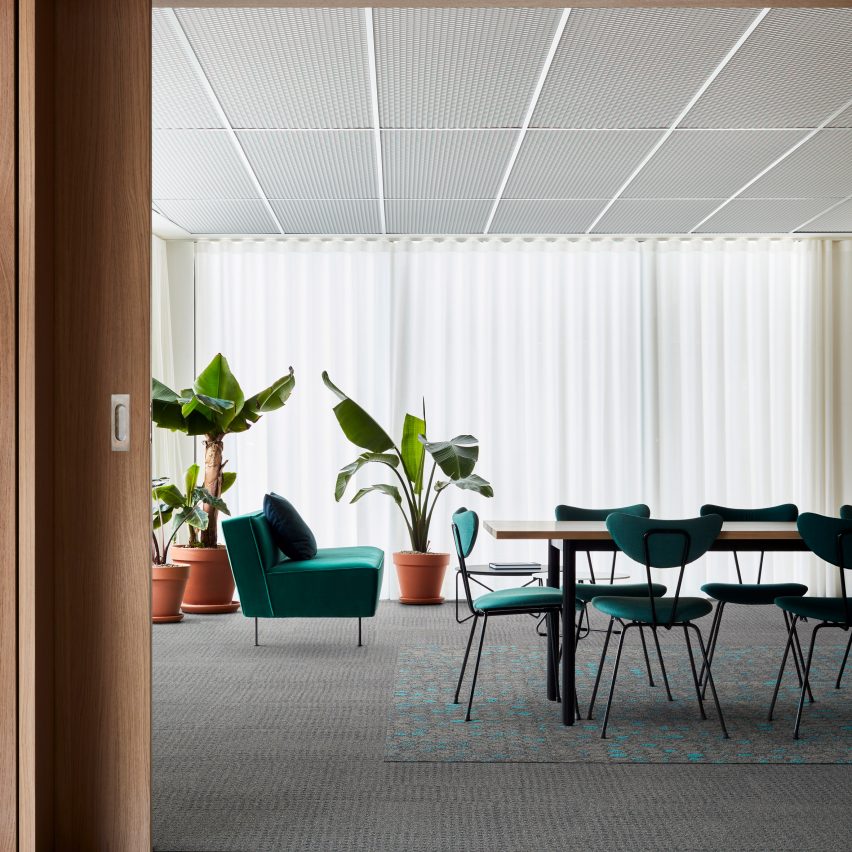 The backing, called CQuestBio, sees an increase in the amount of recycled and bio-based content in comparison to the company’s previous products.

As a result, the product cuts its carbon footprint by one third.

“This new backing innovation is an important step as we support our customers in achieving their own sustainability goals, and as we work toward becoming a carbon-negative enterprise by 2040,” said Interface.

“The backing is now a standard across Interface’s global collections,” it added.

Two years ago the company certified all its rubber floor, carpet and luxury vinyl titles as carbon neutral through their life cycle with its Carbon Neutral Floors programme.

According to Interface, by using materials more efficiently – which has included increasing the level of recycled and bio-based materials – it has reduced the carbon footprint of its carpet tiles by 74 per cent.

“The built environment is linked to around 39 per cent of all global carbon emissions,” said the company.

“However, by reimagining how we design, create, specify and build spaces we have the opportunity to reduce this number,” it continued. “And we’re seeing companies such as Microsoft, Apple and IKEA with strong pledges to achieve net zero.”

Interface was founded in 1973 in America by the late Ray C Anderson, who gained a reputation as a pioneer for environmentalism. After having an epiphany on the threat to the Earth posed by manufacturing in the 90s, Anderson began a radical overhaul of his business, switching factories to renewable power and seeking to eradicate petroleum from its fabrication processes.

Anderson passed away in 2011, but the company continues his mission of sustainable design.

“As individuals, businesses and industries a shift in mindset will be crucial to tackle global warming,” said Interface. “Instead of continuing to do more harm, we must focus on doing more good.”

More information about Interface can be found on its website.