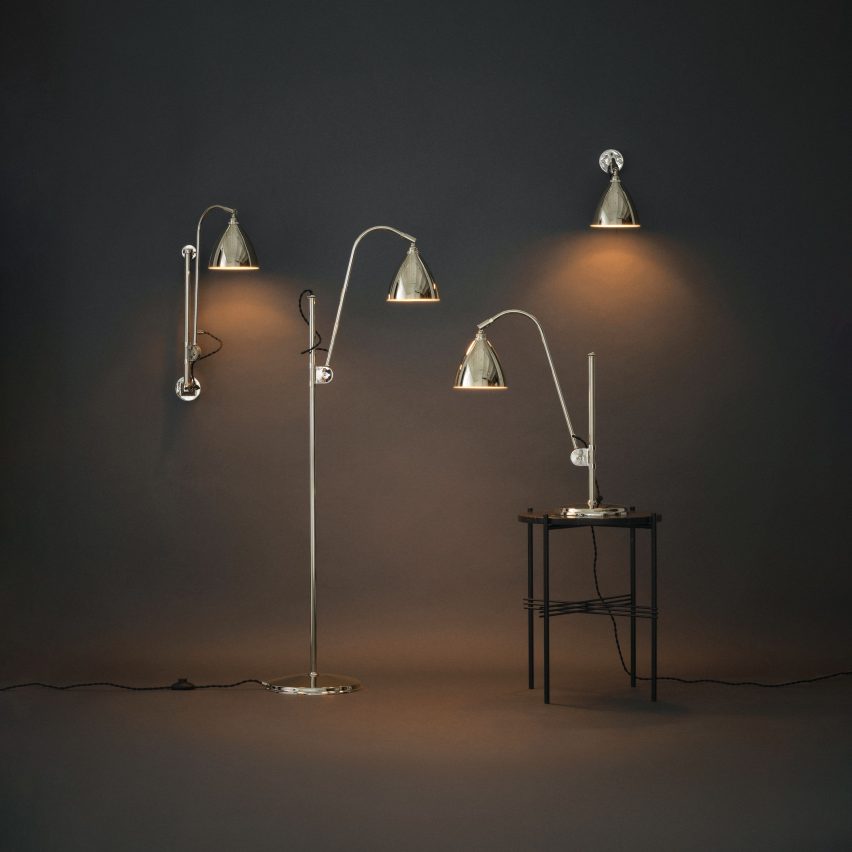 In our latest competition, we have teamed up with Gubi to give away a Bestlite 90th anniversary floor lamp in nickel.

Designed in 1930 by Robert Dudley Best, the Bauhaus-inspired Bestlite lamp became famous when it was chosen by Winston Churchill for his wartime desk.

To celebrate Bestlite’s 90th anniversary, design brand Gubi is giving away a limited edition floor lamp in nickel with its own unique numbered certificate.

Also available as a table and wall lamp, the Bestlite anniversary collection comprises 300 pieces of each design.

Regarded as the first fully adjustable lamp, it was originally designed for diamond cutters in Birmingham’s jewellery quarter, but has since been embraced by artisans worldwide.

The arm’s direction can be adjusted 360 degrees horizontally, whilst a sprung ball-jointed shade enables the shade to be turned both horizontally and vertically to direct the light’s beam.

Each piece from the collection is finished in nickel and has a twisted cord to “create a retro feel”.

The lamps also come complete with a Bestlite key, which enables the user to tighten the lamps‘ arms.

Gubi has also created a celebratory logo for the 90th anniversary. The original logo was inspired by the Bauhaus movement – with its clean lines, geometric shapes and lack of embellishment.

It featured a circle divided into two vertical segments, with a “B” in one and an “L” in the other, sitting atop a horizontal lozenge enclosing the word “Bestlite”. For the anniversary the “BL” has been replaced with “90”.

Bestlite was designed by Best of Best & Lloyd, the company that provided traditional-style lamps for the Titanic and the Orient Express.

Best wanted to “design a new collection that symbolised the spirit of the new age by appealing to the more avant-garde architects and setting a new agenda for lamp design,” said Gubi.

Today, Bestlite is held in permanent collections at both the Victoria & Albert Museum and the Design Museum in London.

One reader will win a BL3 floor lamp Bestlite 90 anniversary edition in nickel. The lamp is also available to buy online and measures 112-151 centimetres in height.

Competition closes 7 December 2020. Terms and conditions apply. One winner will be selected at random and notified by email. Entries not accepted from USA and Asia.