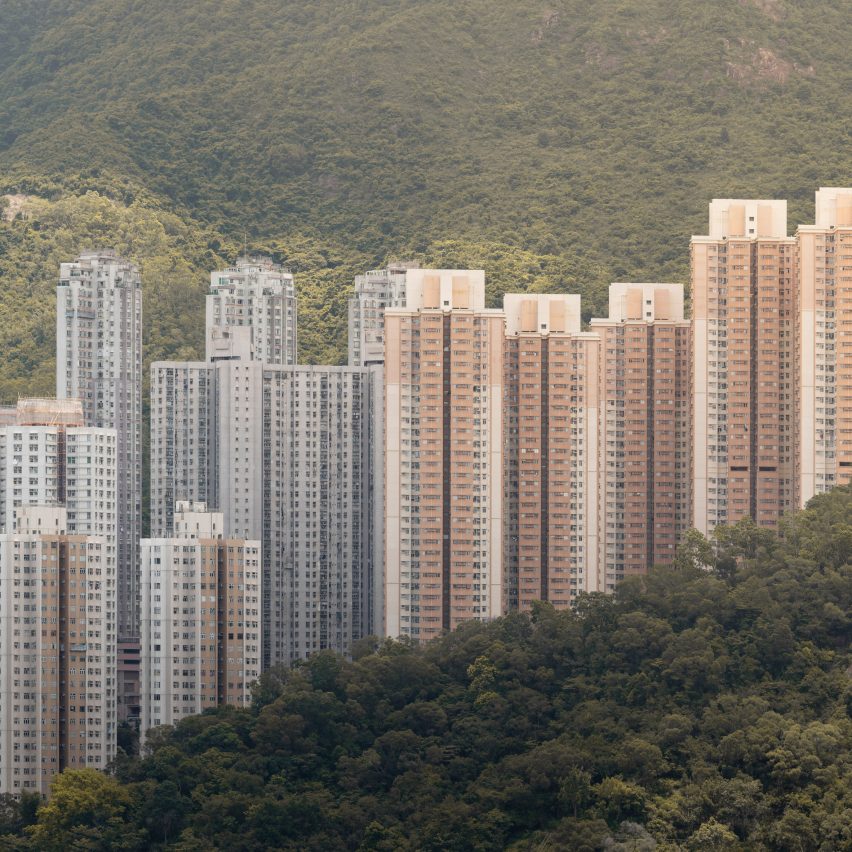 In this week’s comments update, readers are intrigued by Kris Provoost’s latest photography series, Eden of the Orient, and sharing their views on other top stories.

Named Eden of the Orient, the series gives an insight into Hong Kong’s unique built environment, which is enveloped by greenery but recognised as one of the densest places to live on Earth.

“Wherever you look, there are high-rise residential towers,” Provoost told Dezeen. “It is quite common to have a family of four living in a tiny apartment of 40 square metres.”

“This is just scary”

Readers’ responses to the photographs have been mixed. “This is just scary,” said Miles Teg. “The scariest part is this is going to be the future of many metropole cities around the world.”

Miha Toplisek disagreed: “I find it striking. But in a good way. Density housing is the best way to preserve this planet. The flats should be bigger no doubt. But the parks that were the saving grace for Hong Kong people are preserved mostly because of the density of housing.”

“Back in the 1950s, I grew up lower middle class in the midwest in a less than 80 square meter house along with the six other members of my family,” added Don Joe. “We and untold millions of others thought we were living the American Dream. It is all a matter of perspective.”

How do feel about the abundance of skyscrapers? Join the discussion ›

Readers are debating Swedish shipping company Wallenius Marine’s development of a ship called Oceanbird, which could transport 7,000 cars and trucks across the Atlantic propelled only by the wind.

“Why not nuclear power?” asked Speed. “Safe and reliable as demonstrated by large fleets operated by the US, French and British navies.”

Is the world’s largest wind-powered vessel a good idea? Join the discussion ›

“The story behind the form is compelling” says reader

Images have been revealed of the National Medal of Honor Museum, a memorial building in Arlington, Texas, which Rafael Viñoly Architects designed to commemorate US Armed Forces Medal of Honor recipients. Commenters are divided.

“The story behind the form is compelling to me,” said Benny, on one hand. “The idea of strength, resilience and valour represented by a pure solid held aloft resonates well.”

“I like the idea of a raised box above the multi-function quasi-outdoor space,” continued Heywood Floyd. “But accessibility doesn’t seem to have been addressed yet, prepare yourselves for the glass elevator to destroy the original concept.”

Christopher Brown agreed: “I see two stairways leading to whatever feature is up on the slab. I don’t see any accessibility for our disabled veterans who might have served alongside these Medal of Honor winners.”

Are you impressed by the National Medal of Honor Museum? Join the discussion ›

“This is quite jazz” says commenter

Readers are enchanted by the Borderless Community of Zi Ni Twelve Portals housing project in Guangzhou, China, which was designed by Fei Architects to show off its inhabitants.

James agreed: “The graphic quality of the tower facades, in particular, are wonderful – half building section, half comic book panel. Well done!”

“Weird but lovely,” concluded Zea Newland. “What a refreshing, yet kind of familiar, mash-up.”

What do you think of the renovation project? Join the discussion ›

The post "This is going to be the future of many metropole cities around the world" says commenter appeared first on Dezeen.